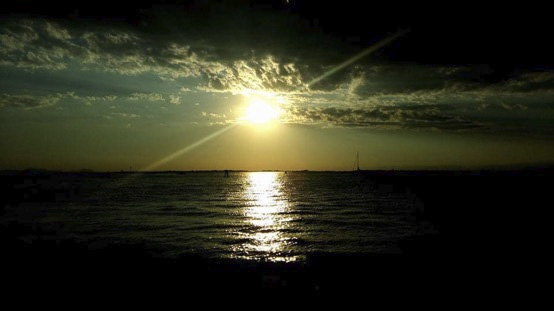 By all accounts, Redentore 2016 was a success. Recent events in Nice had police on high alert, but other than a few slightly drunk swimmers, there was little trouble to report, which is amazing considering that an estimated 90,000 people viewed the fireworks which do not start until 11:30 pm and which lasted for a record 40 minutes. There were an estimated 1,700 boats anchored or rafted together just in front of San Marco Square. Most boats leave their docks about 5 p.m. which gives them a good 6+ hours of eating and drinking. You definitely have to pace yourself.

Preparations of the food began days before the festival, cutting pounds of onions, adding sardines and vinegar for one of the favorites. The same can be done with shrimp, but I just like to nibble on the shrimp as they are being fried, resulting in my hands getting slapped more than once.

It is customary for the younger set to head for the beaches of Lido after the fireworks are over, returning after the sunrise on Sunday. The older crowd just gets their boats back to the harbor and make it to bed somewhere around 3a.m.

At first I cut some of the dialogue in the video, but then it’s a bit of political humor as they refer to Luigi Brugnaro, the current Mayor, and joking about him having paid for the fireworks.  (The answer is a definite NO. but thought you might enjoy knowing that even La Serenessima has it’s own political problems.)

Sunday is VERY quiet in Venice! with only the very faithful making it to the Mass.

The firm which puts the fireworks show together is Parente of Rovigo and they begin work many weeks in advance in the Arsenale. Their were 6 floating pontoons with more than 3,000 kg of explosives operated by computer with 30 thousand individual launches. The company is 111 years old with 5 generations of pyrotechnics behind them. 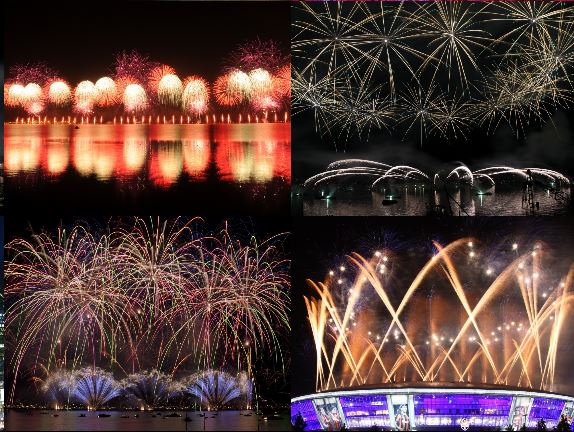 This gigantic party owes is origins to the plague of 1577 which devastated Venice killing tens of thousands. The Doge vowed to build a chiesa (church) on Giudecca known as the Church of the Redeemer in gratitude of the end of the plague. A floating bridge is erected each year so the population of Venice can make the pilgrimage. The picture below is looking from the Church of the Redentore across the canal to the Ponte della Dogana with the church Santa Maria della Salute in the background. 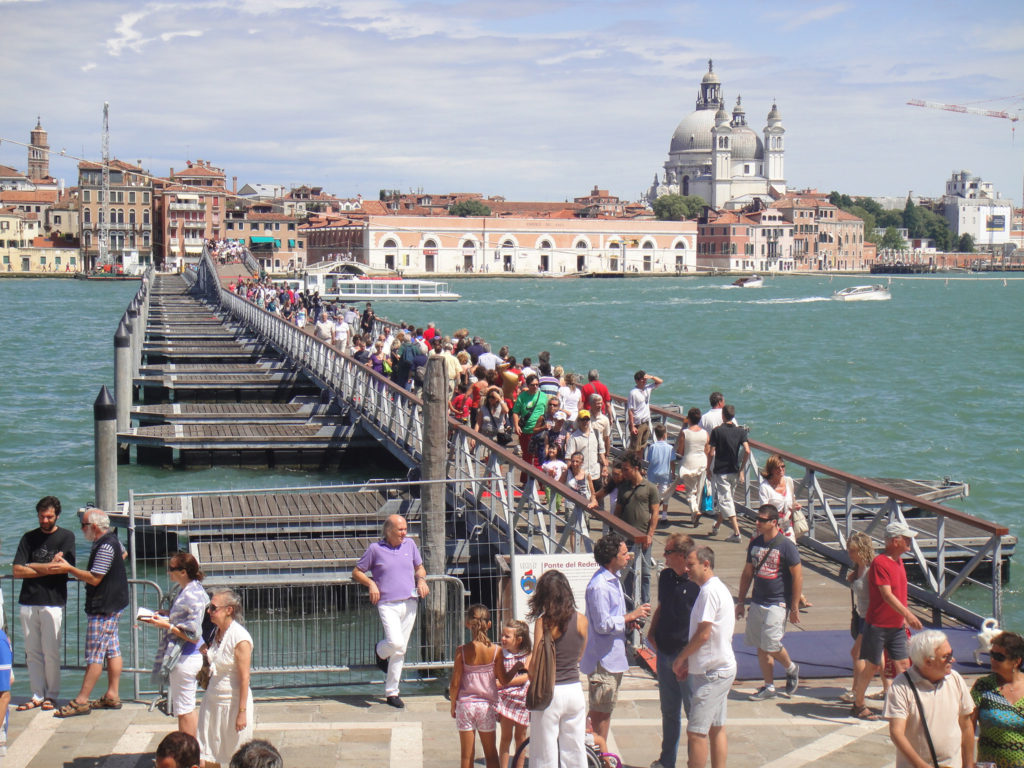 Below the chiesa (church) as it appeared when it was build.

For some spectacular pictures taken by Interpress. 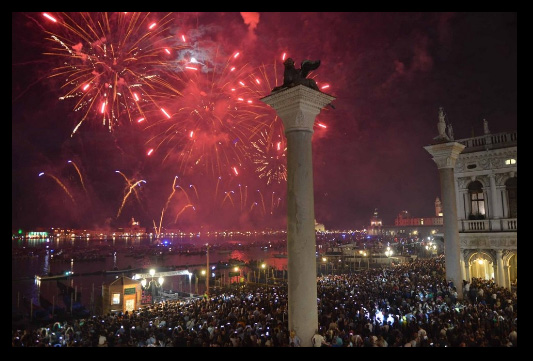 LaNuova Venezia Redentore – #venezia The flag of France and the Flag of Italy in tribute to Nice.

We are all glad that the plague was ended and that we can celebrate!

← Tourist in Venice? What to do? NO, What Not to do!
Drones in Venice, Do you have a Pilot’s License? →