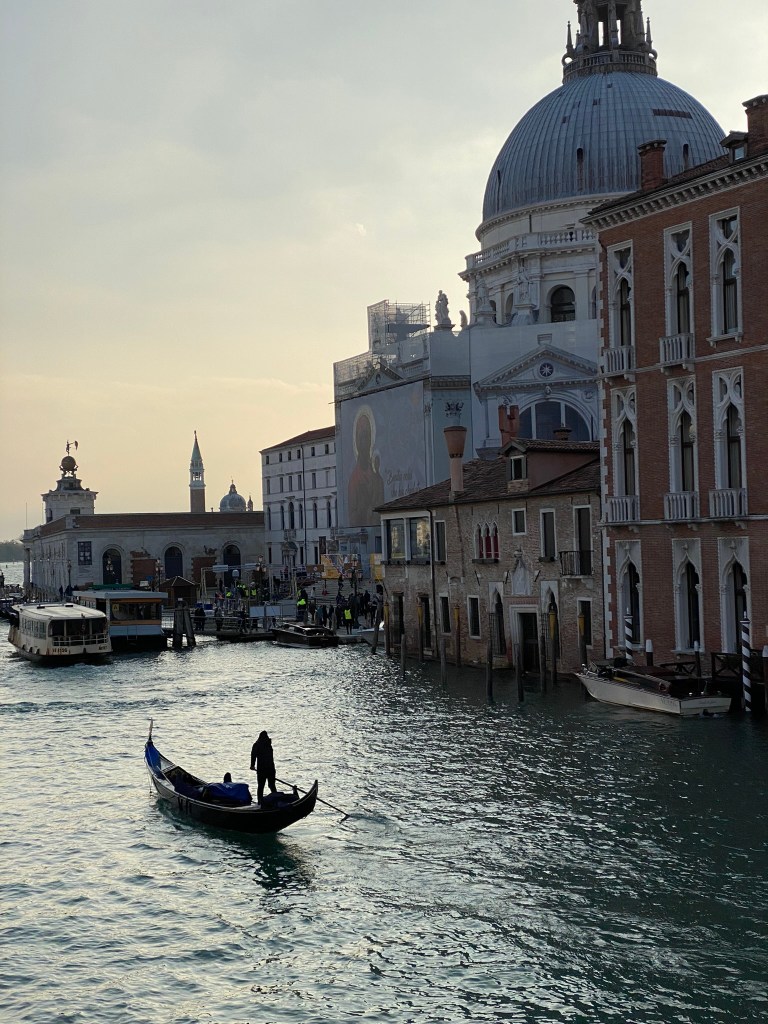 The festival celebrates the end of the bubonic plague epidemic of 1630-1631 which caused the death of more than 50,000 inhabitants of Venice. The plague was said to have originated in neighboring Lombardy in Mantua and arrived in Venice in the summer of 1630. (Note the scaffolding is for repair work on the dome and to build a walkway for visitors. In a city began in 421 AD, you can expect a lot of maintenance.)

In autumn of 1630 the Venetians began a 3 day procession of about 10,000 people during which Nicolò plead to the Virgin Mary for help and made a solemn promise to build a church named Salute if the plague would leave the city.

Unfortunately, in April 1631, Doge Nicolo Contarini, the Doge of Venice died of the disease along with other members of his family just shortly before the plague ended. After the plague ended the government decided to continue with the procession each year in honor of the Madonna.

The Church of Santa Maria della Salute was consecrated in 21 November 1687 the date which is still celebrated each year. The church became one of the most recognizable skyline view of Venice. The pontoon bridge is rapidly assembled. This year as the 21 was on Monday, the bridge opened Friday night and early Tuesday morning it disappeared. 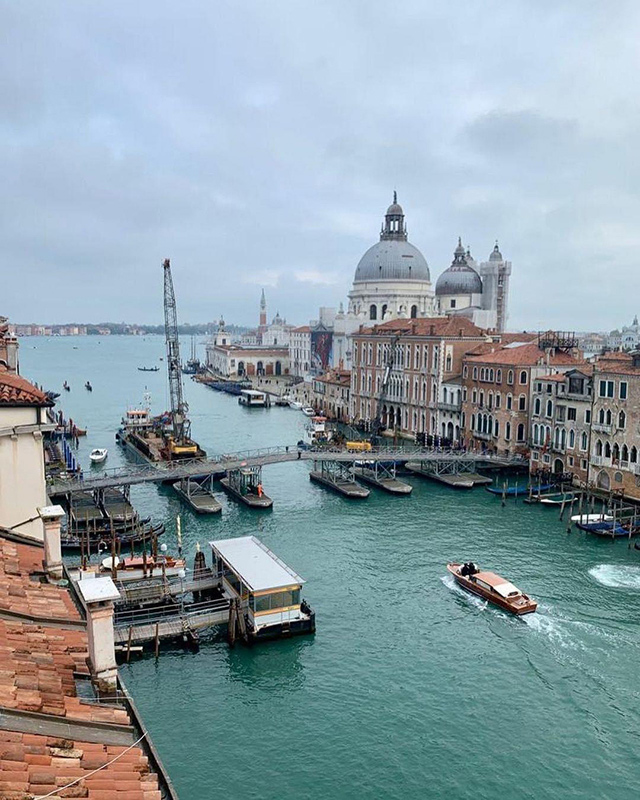 The Venetians are pros at building the bridge, there are 2 other bridges during the year. The bridge for the Redentore which covers the Giudecca Canal, a large span of water and the bridge to San Michele the cemetery from Fondamenta Nove. 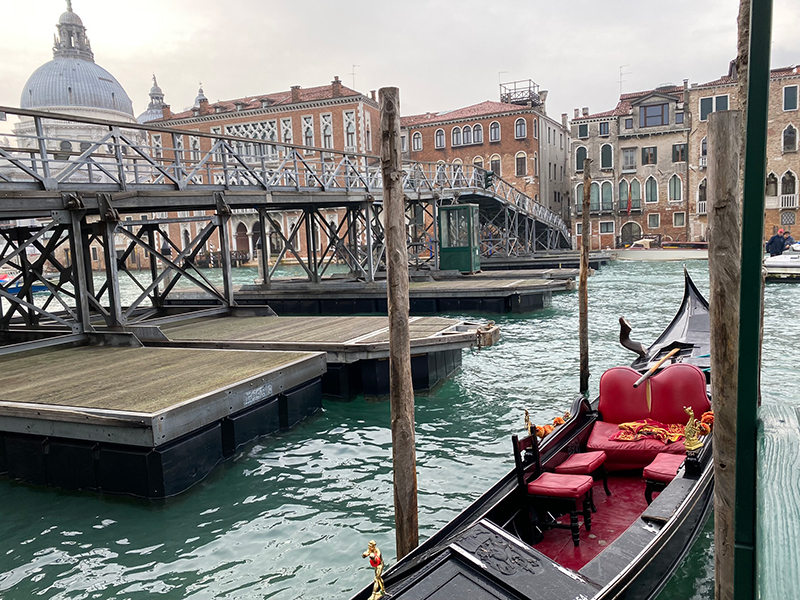 The Bridge is Ready to Open

Candles are sold on every street leading to the church. They go for 3 Euro each. It is a busy day for the vendors. I am still not sure if the church receives any of the funds. But I gladly give them my 3 Euro to give thanks for the end of the plague and to keep future ones away. 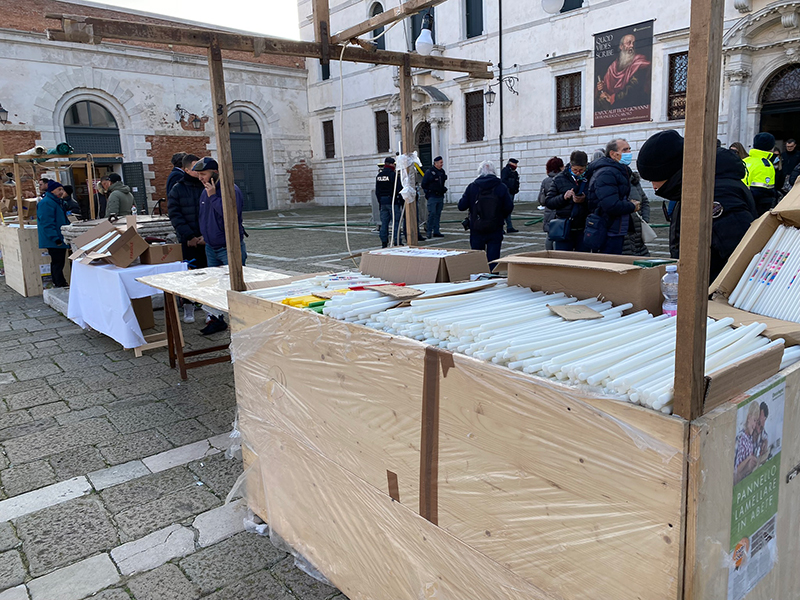 The youth of this parish volunteer to place the candles among those already glowing. With thousands visiting the church on this weekend, you can imagine how many candles were sold. Long lines of people wait to enter the church. 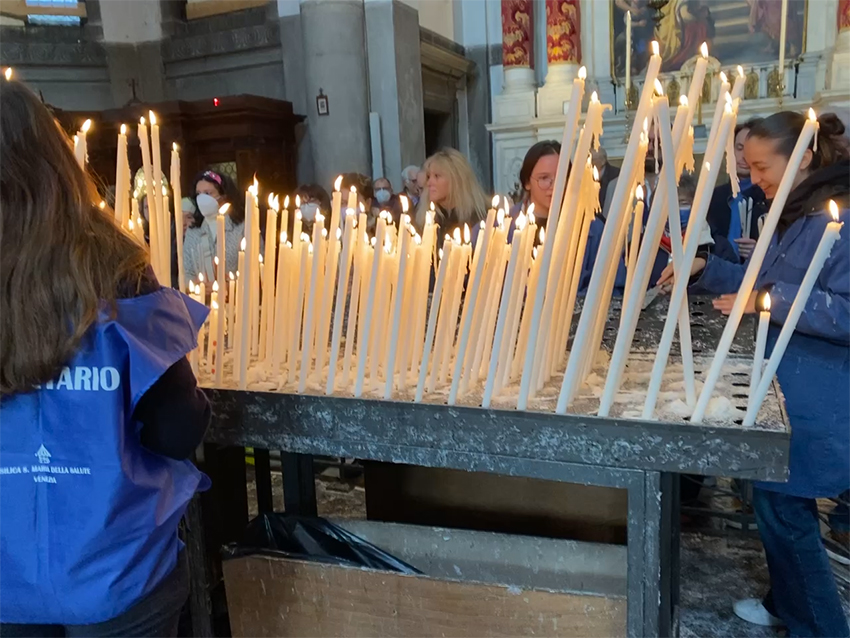 Candles burning in the church

Venetians could never resist an opportunity to make money. So as soon as you exit the church you begin to get whiffs of all sorts of food being cooked. 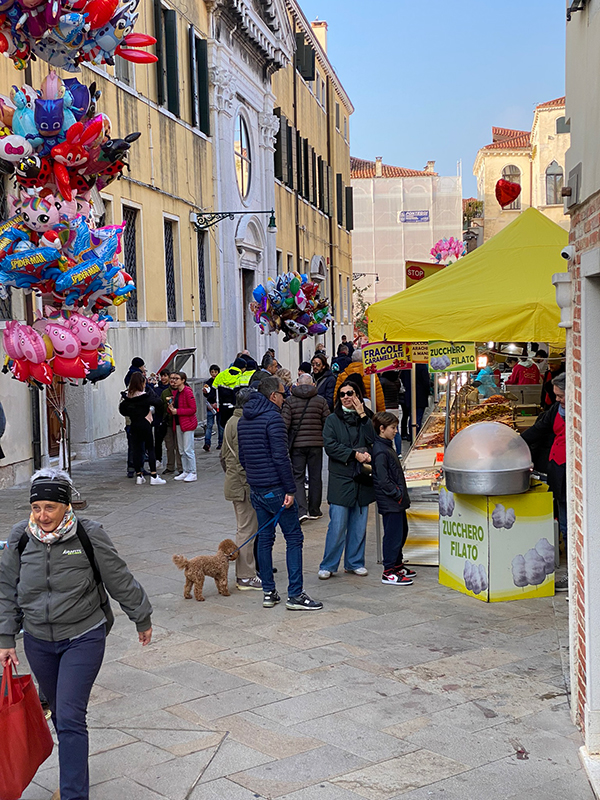 Everything is so tempting. 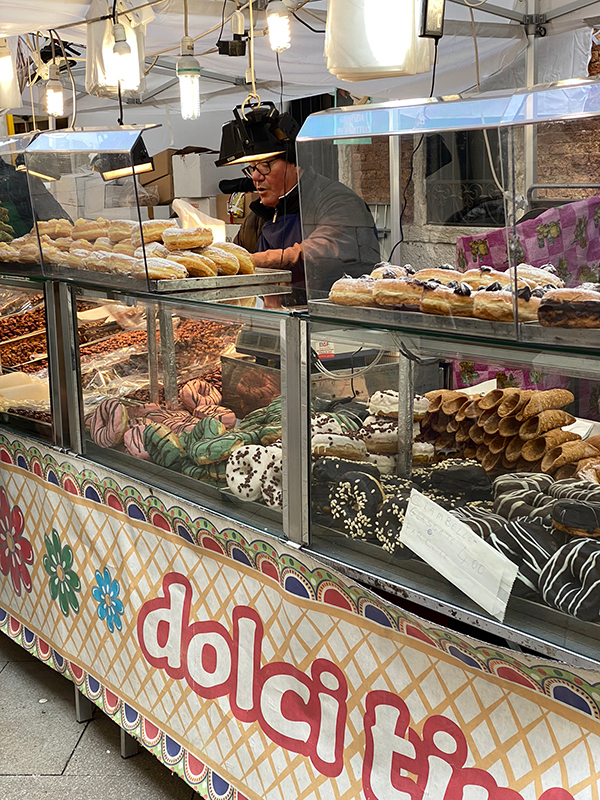 Every region is represented and it is all so tempting. And just like magic, it all disappears on the day after the 21st of November. 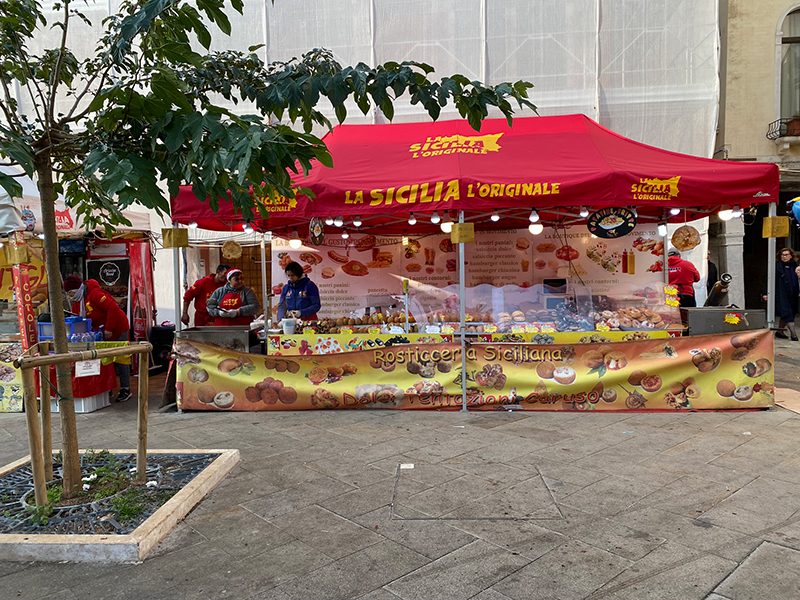