L’Epifany, the 6th of January is a date anticipated by all the children of Italy. On the night of the 5th, they await the haggard old lady on the broom in hope of stockings being filled with gifts, occasionally coal for the “naughty”. Across Italy, the tradition varies by region but there are festivals in the center of the cities and for many the traditional burning of the bonfire called Panevin. But this year right up until the last minute the celebration was doubtful in many cities. Political disputes, lack of rain and bad weather all contributed to the situation.

The 38th Regata delle Befane was held in the Grand Canal, sponsored by the Canottieri Bucintoro and is raced by the “older” members of the rowing groups.  These older men, in costume of the witch (strega) with crocheted shawls and “granny” night caps and some with long hook noses race single handed in traditional flat bottomed Venetian boats with a broomstick standing up in the bow. 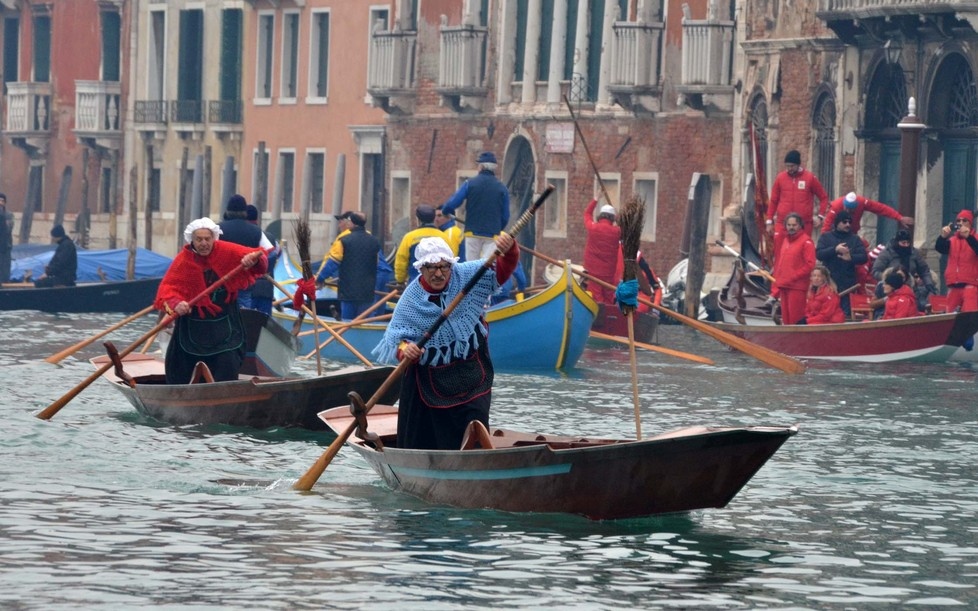 They do a lap from the Rialto to the waterfront of San Marco square and back. It is all in good humor and at the end, there is hot chocolate for the small ones and vin brulè (how mulled wine) for the big kids! 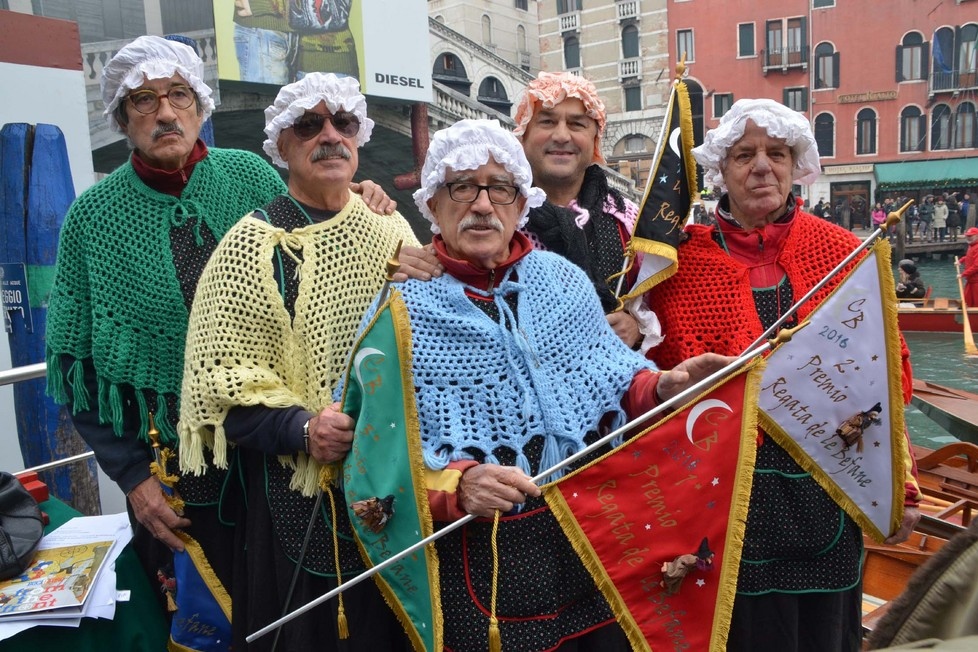 In Rome, Piazza Navona is alive with a festival featuring booths of candies and coal. It is managed by 20 voluntary associations (Amnesty, UNICEF, Red Cross, Green Piece and other non profit). There are puppet shows, clowns, dancing and other entertainment. And of course the old lady still visits the children in their homes. Last year, the merchants of the small booths abandoned the piazza in protest. And this year up until the last week disagreements between the vendors and the city very nearly canceled the event. It was saved at the last minute and while there were fewer vendors and restrictions of merchandise, the children of Rome were not disappointed. It is a colorful and fun event in this historic piazza. 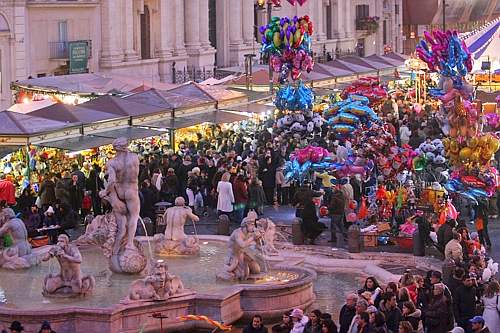 In the Veneto, the traditional “Panevin” held in Treviso and  was close to being cancelled – for the poor quality of air and lack of rain since early November. But rain arrived, cleaned the air and the tradition stayed alive. A little damp, but alive. According to legend, watching the direction of the smoke from the fires will predict the success of the crops for the  following year. If the sparks go south or west, the crops will be good. If the smoke and sparks to north or east, then the harvest will be poor. Bonfires are also lighted in many of the cities along the Strada del Prosecco – As a big fan of the Prosecco, the bubbly wine from the region, and I’m hoping the smoke heads south! 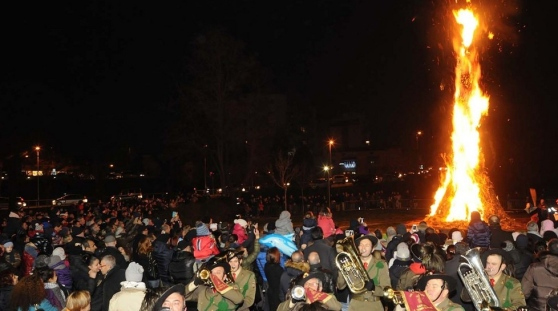 Now with the last of a series of holidays which started well before Christmas, we can hope that our suppliers get back to their furnaces and torches. Of course the end of January, Carnival begins and more festivities!