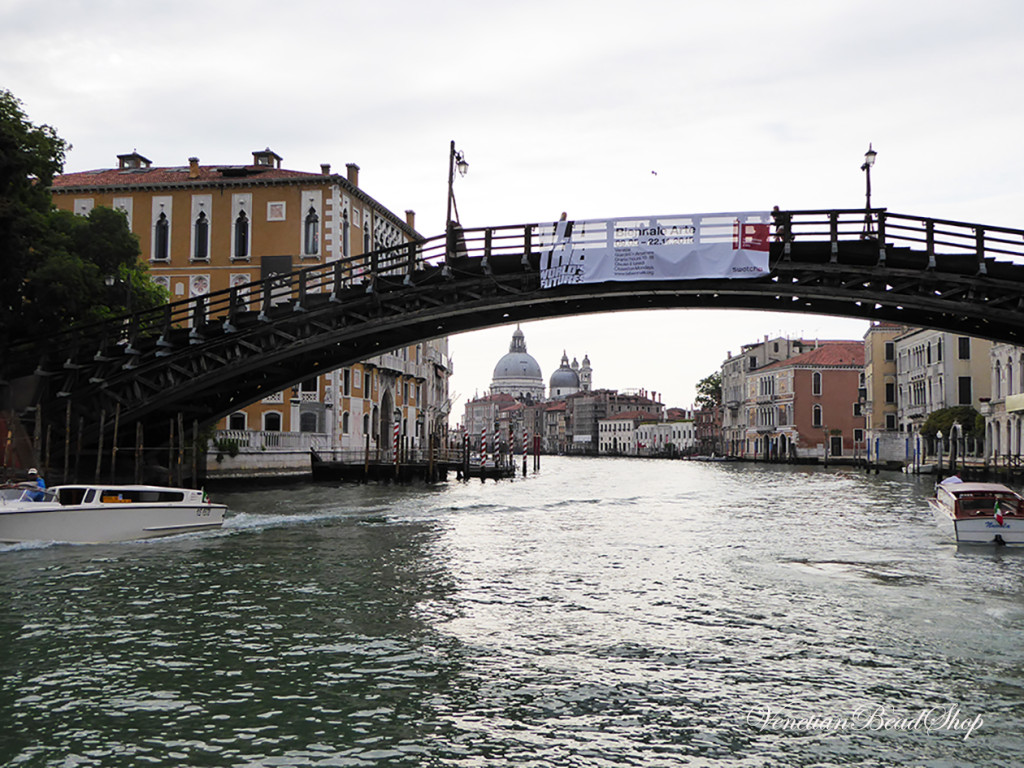 The Second best known bridge, second only to the famous Rialto Bridge, is the Accademia Bridge (Ponte dell’Accademia). Known for the exquisite view it affords of the Grand Canal leading up to Santa Maria della Salute. It has a more mundane purpose: to connect the sestiere of Dorosoduro to that of San Marco, a “scorciatoia” (shortcut) to get over the Grand Canal. If you’ve ever spent time in Venice, you know the value of a shortcut, especially when you are carrying children, groceries or hurrying to a meeting.

The bridge was first built in steel when Venice was under Austrian rule. It was as you might imagine, efficient, if lacking in design Italian design. It was opened on 20 November 1854.

Austrian Built Iron Bridge – Love the #1 Vaporetto of those Days

The iron bridge suffered from design issues, problems with the oxidation of the iron and needed replacement. Eugenio Mozzie was hired to build a temporary wooden bridge while plans for a more permanent structure were finalized with many favoring a replacement by a stone bridge. The bridge was amazingly built in only 37 day and remained active until 1985, when the structural integrity of the “temporary” bridge mandated the construction of a replacement. Naturally the wooden bridge has one main enemy – fire. But the flexibility of the wood proved to be perfect for the bridge allowing it to expand and contract with the changing weather and not impacted by the salt from the lagoon. 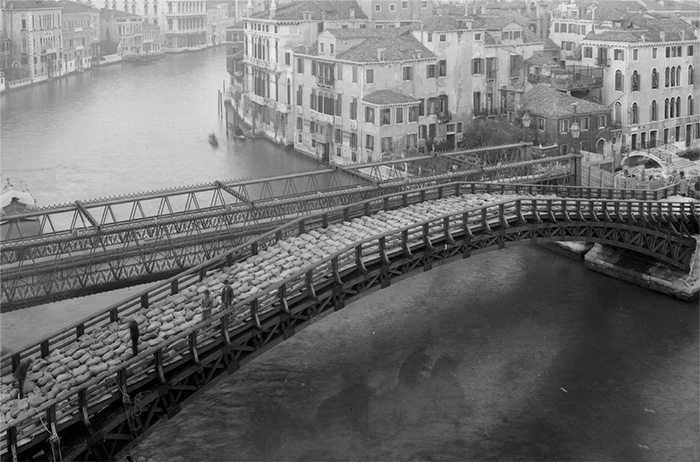 2 Bridges in Place – the Austrian and the Venetian

The picture shows the building of the new bridge by Miozzi with the steel bridge still in place which was cut apart and hauled out on barges once the wooden bridge was completed. Their is no estimating the billions of photos which have been made from the bridge (several thousand by me). It became known as the most romantic bridge in Venice. The tradition of placing “Locks of Love” on the bridge placed additional stress on the structure. 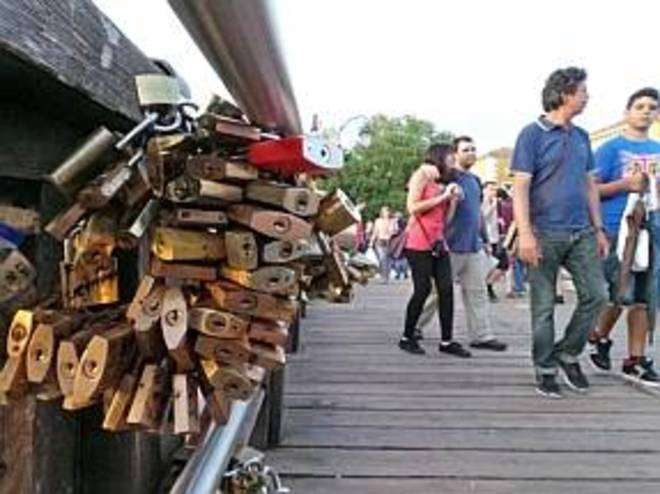 Once again, in 2011, the engineers began discussing the need of repairs on the bridge. Eventually it was determined that instead of replacing the beloved bridge, that it could be refurbished. Luxottica, the famous eye glasses company, and a Veneto company, with its origins in Agordo, about 65 miles from Venice has donated 1.7M Euro to complete this.

While it’s original construction took only 37 days, the refurbishment is expected to take over 200 days. So much for modern techniques.

Here’s a quick look at the story of the bridge.

4 comments for “The Accademia Bridge – Restored by Luxottica”