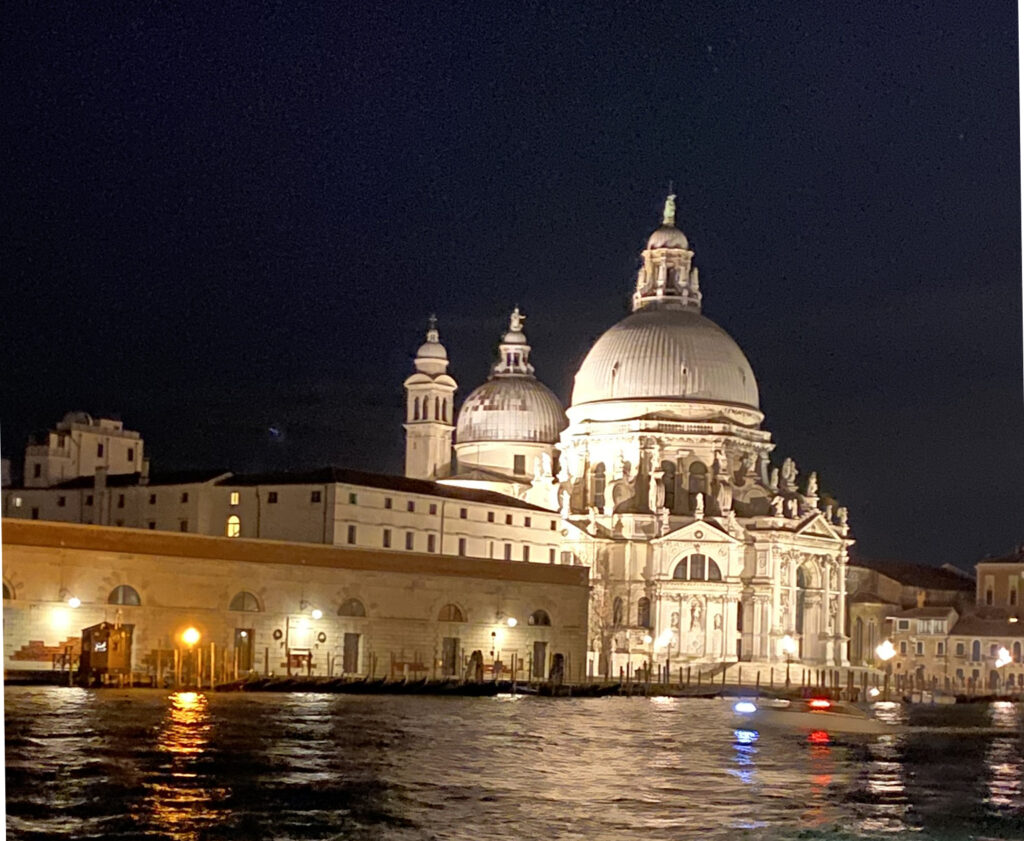 The Republic of Venice (also known as La Serenissima) lead by Doge Nicolo Contarini vowed to build a church dedicated to Our Lady of Health (Salute). The church was designed by Baldassare Longhena and construction began in 1631. It took 56 years to build and was not completed until 1687.

Each 21 November, the Venetians celebrate the Festa della Madonna della Salute by walking over the pontoon bridge which is constructed by the amazing crew of Venice. The procession in 1687 included the Doge, but now the Mayor of Venice and his party leave from San Marco and walk to Salute for a service in giving thanks for the end of the plague. 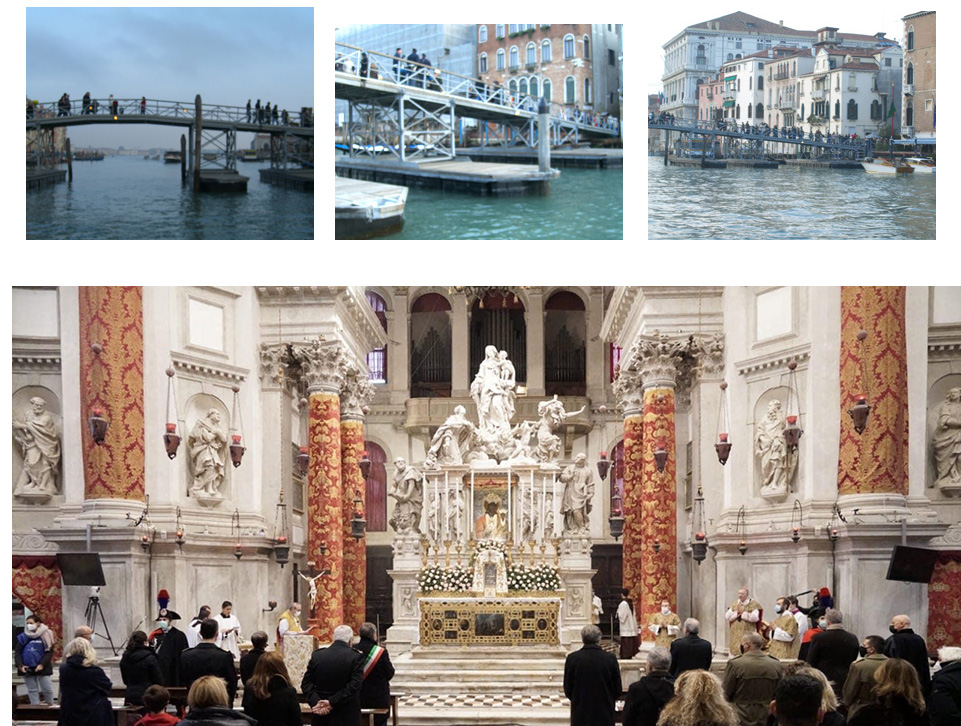 Pontoon Bridge and Interior of the Church

The pontoon bridge are used a couple times each year, also for Redentore, again a celebration of the end of the plague (1575 – 1576) and on All Saints Day (1 November) when a pontoon bridge is built from Fondamenta Nove to San Michele (the cemetery) which lies between Venice and Murano. In all these cases, the crew floats the pontoons, builds scaffolding and a wooden bridge within a matter of days. They can also remove them even quicker.

I think we need to build a new church!!! to end our current plague (pandemic).

← Traveling to Venice in the Age of COVID