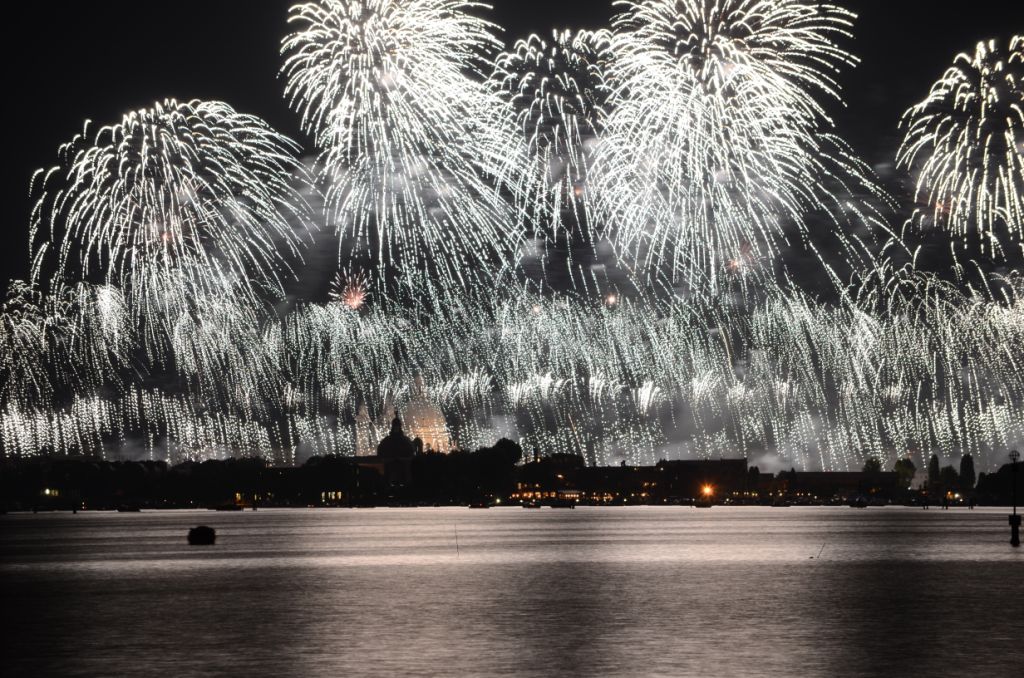 History does repeat itself, if there was ever a year for another celebration of the End of the Plague it would be 2021. And even under the threat of rain tonight, Venetians and now a larger number of tourist have celebrated.

It all started after the terrible plague between 1575 and 1577 when in these 2 years about 50,000 people of Venice died. Doge Sebastiano Venier and the Senate voted to erect the church of the Redentore (Redeemer) as an offering for ending the plague. It was commissioned to the architect Andrea Palladio. Every year since it was christened in 1592, the Doge (now the Mayor) and the Senate (now only others in the city government) walk over the specially constructed pontoon bridge over the Giudecca Canal to once again give thanks for the end of the plague.

The bridge last only for 3 days and comes down in the night Sunday. But it is quite the experience to walk over the water to the church.

May it be So! I would even go for building another church!! 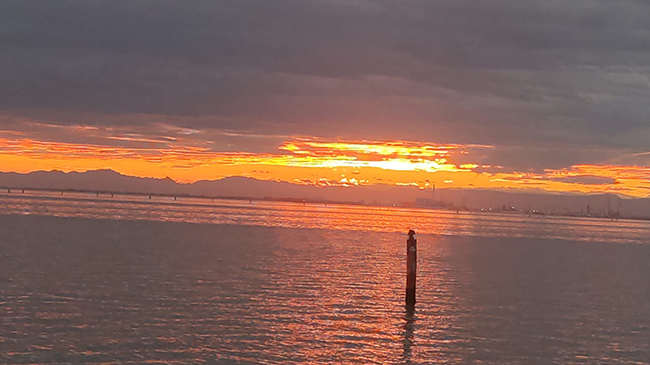 The sunset before all the festivities was once again amazing.

Below are more photos taken last night in Venice. 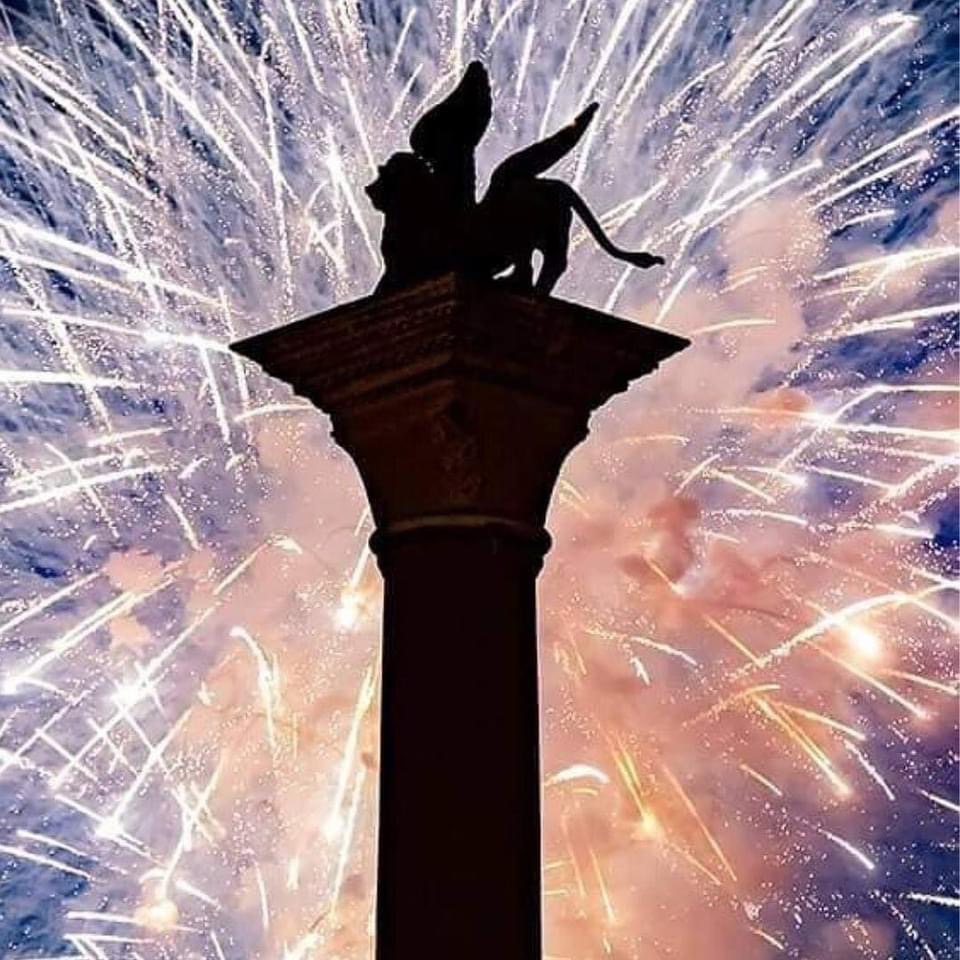 View from San Marco and the Leone

View from the Canal a prospective I never saw before, but stunning. 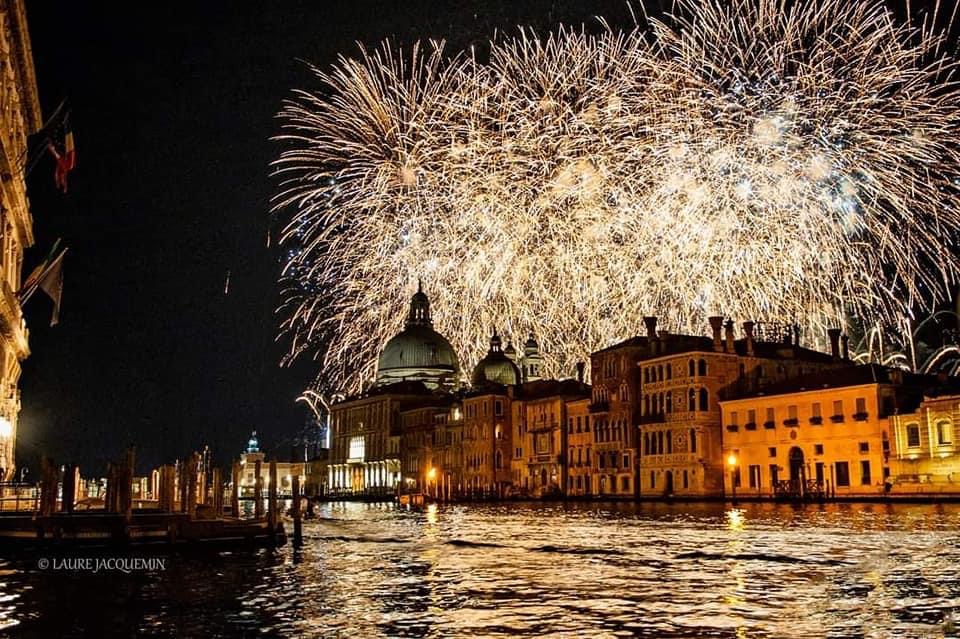 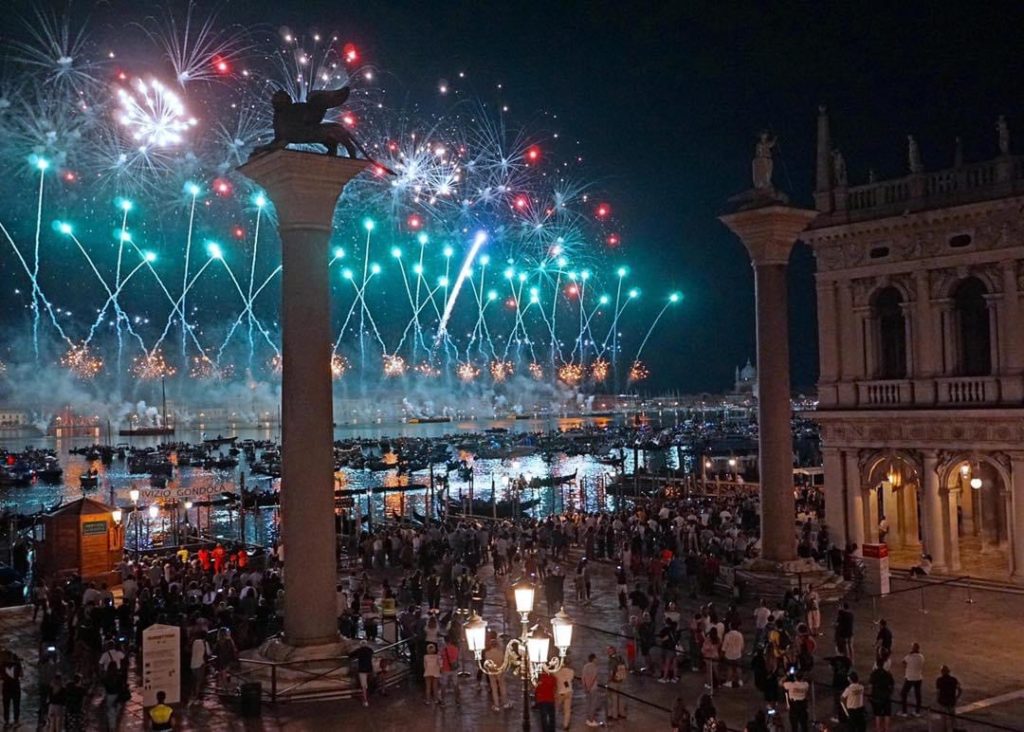 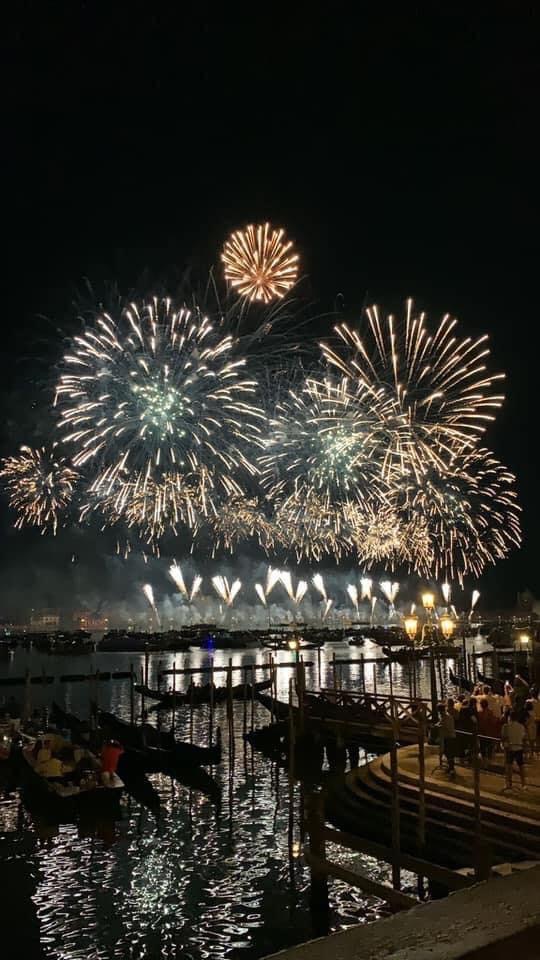 And my favorite as it looks like a painting. You can see the launches for the fireworks. 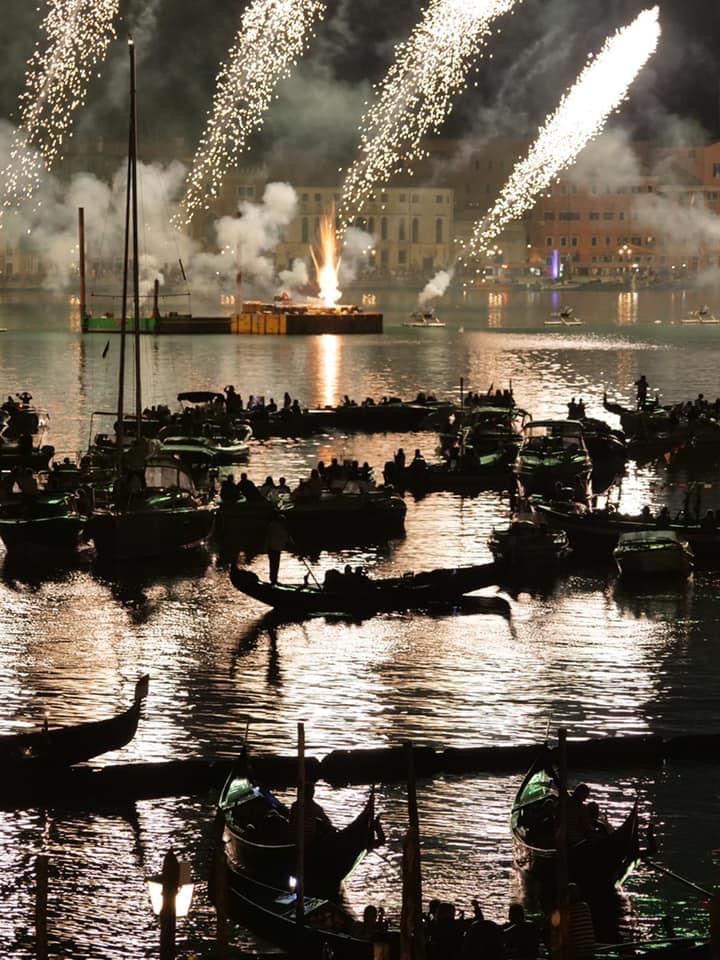