I don’t usually like to post negative things about Murano but this one is such a large scandal that it warrants publishing. First let me say that no tourist was harmed. The only harm in this diabolically clever scam was the Italian Government. With a ~45% tax rate, you can see how it would be inviting to avoid the tax. And more importantly, we do not work with any of those involved as they are all “tourist showrooms”.

However, it was unfortunate that the State decided to raid the vetrerie (glass furnaces) in Murano on the same week as the Glass Art Conference, an investigation that had been ongoing for a couple of years. Certainly Murano did not look its best, though probably few of the 1800 participants in the conference actually knew what was going on as the locals gossiped about this ingenious plan and we waited for the other shoe to fall. 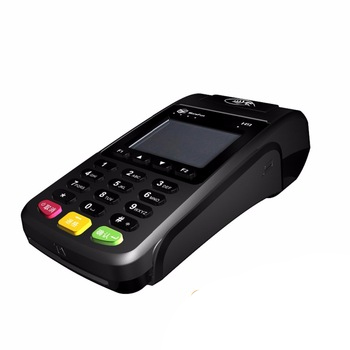 A Blitz by the Guardia di Finanza (equivalent to the US IRS) gave this account of what transpired since about 2013. At least 8 Vetrerie (furnaces) were part of the conspiracy with a “money changer” from the mainland who orchestrated the scam.

Each of the glass furnaces names in the indictment were given

He then met with the owners of the glass showrooms and handed them in cash 95% of what they sold. I am sure it was a bit more complicated because each POS sale also incurs a percentage for processing. But the showroom owners were given cash by the head of this scam. He pocketed the 5% for his effort.

The investigation centers on a Venetian, Claudio Pellarin, (resident in Mestre) and his anonymous office “Venexto” in Castello, between San Lio and la Fava. For the investigators, he is the center of the scam.

The investigation alleges an evasion of 5.4 million euros between 2013 and February of this 2018 and unlawful profits for Pellarin alone for 1.390 million euros, undeclared.

The breadth of this evasion is stunning as is the names of some of the most famous glass furnaces in Murano. The state froze the assets of these companies, which affects not only their bank accounts, but their ability to pay their workers and the companies who supply them with merchandise. (The headlines from the local paper on 25 May says it all. Well in addition to the arrest of the head of a pickpocket gang, good news for all.) More about the pickpockets later as I experienced them firsthand…nothing taken but I now can identify them. 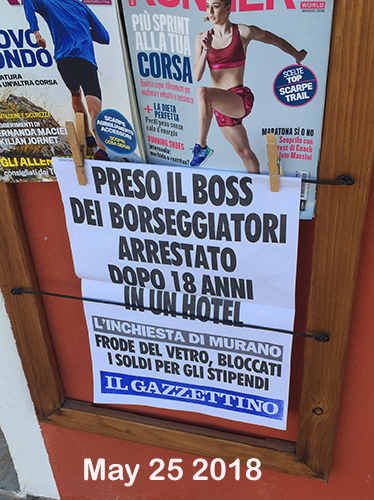 As I said in the beginning of this post, no individual who purchased glass was harmed, only the evasion of taxes to the Italian Government. We will have to wait to see how this unfolds in the courts, which will prove to be lengthy.

← Turnstiles in Venice for Traffic Control
The Venice Glass Week →