According to me, the most beautiful city in the world is truly magical when it snows. Now I know that the snow is a nuisance to the workers, the boats and most of all to the elderly where it is a hazard. There is no way around Venice but to walk. Thankfully it only snows once or twice a year for all these considerations…..BUT

When it snows, even the most jaded traveler is turned into a photo snapping tourist. So enjoy these moments of magic in Venice. 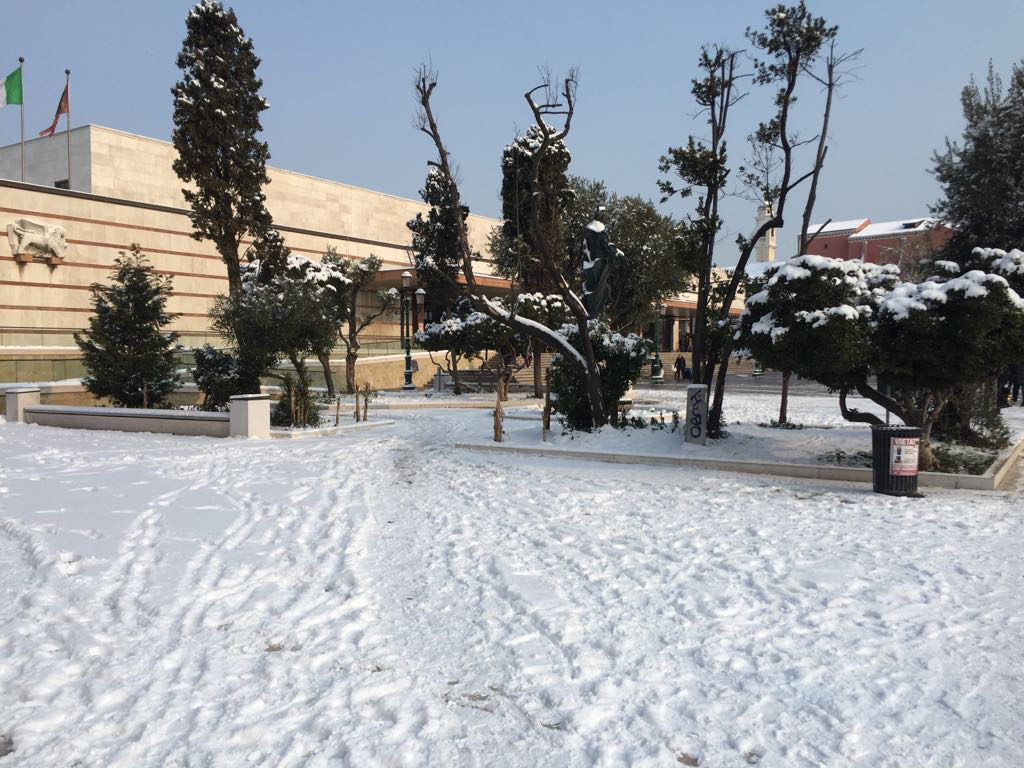 Snow by the Train Station

It was only 5CM (about 2 Inches) but the effect even makes the Train Station look great. 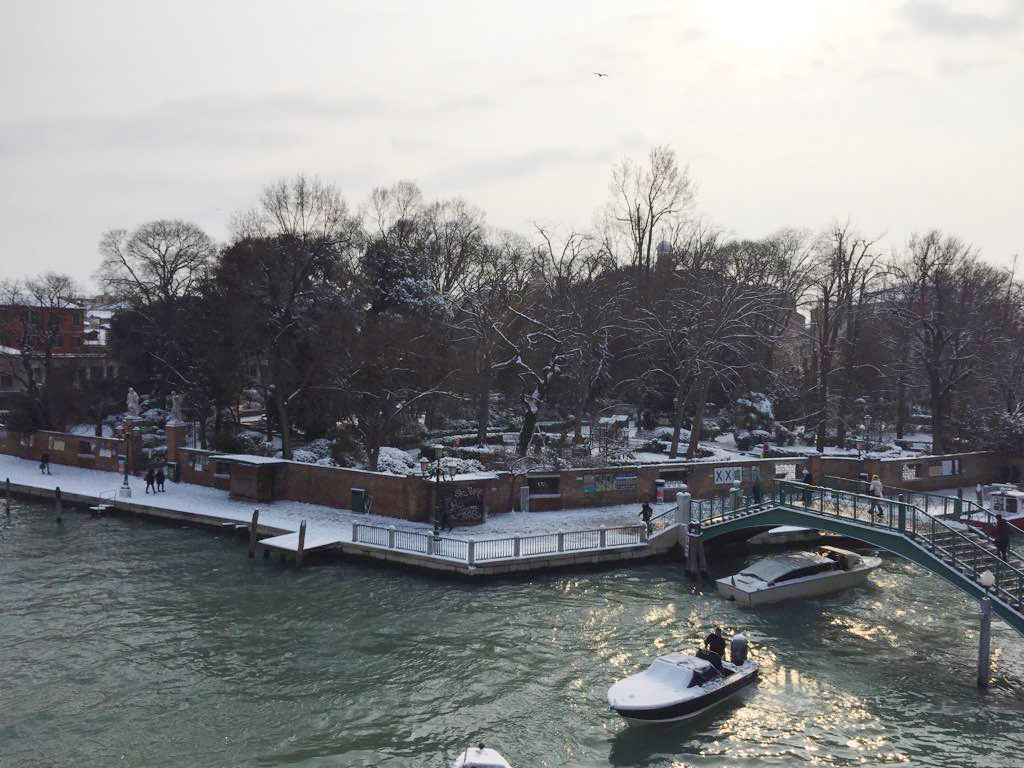 Looking Across the Canal to the Park

Even the boats are decorated with snow. The park 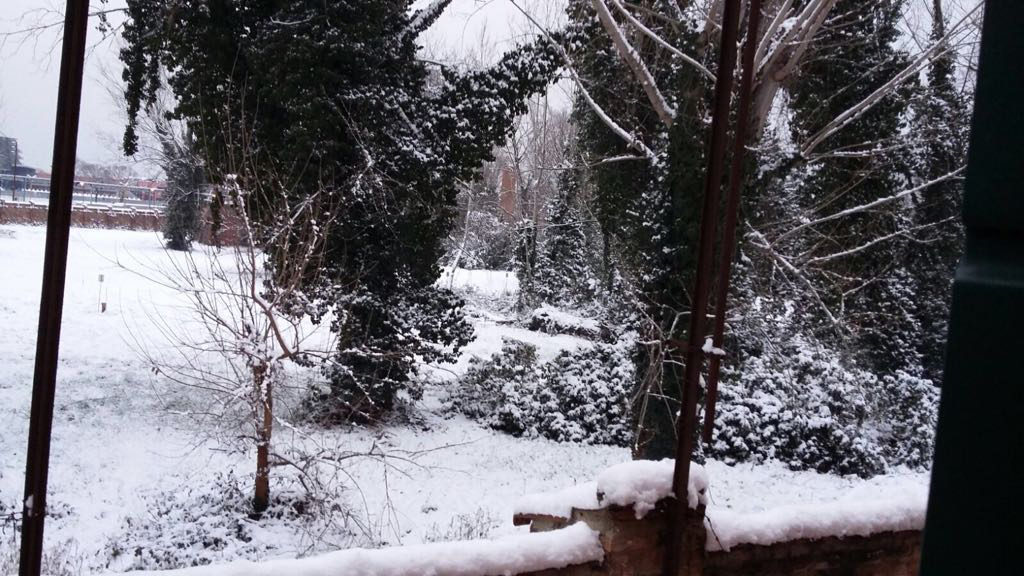 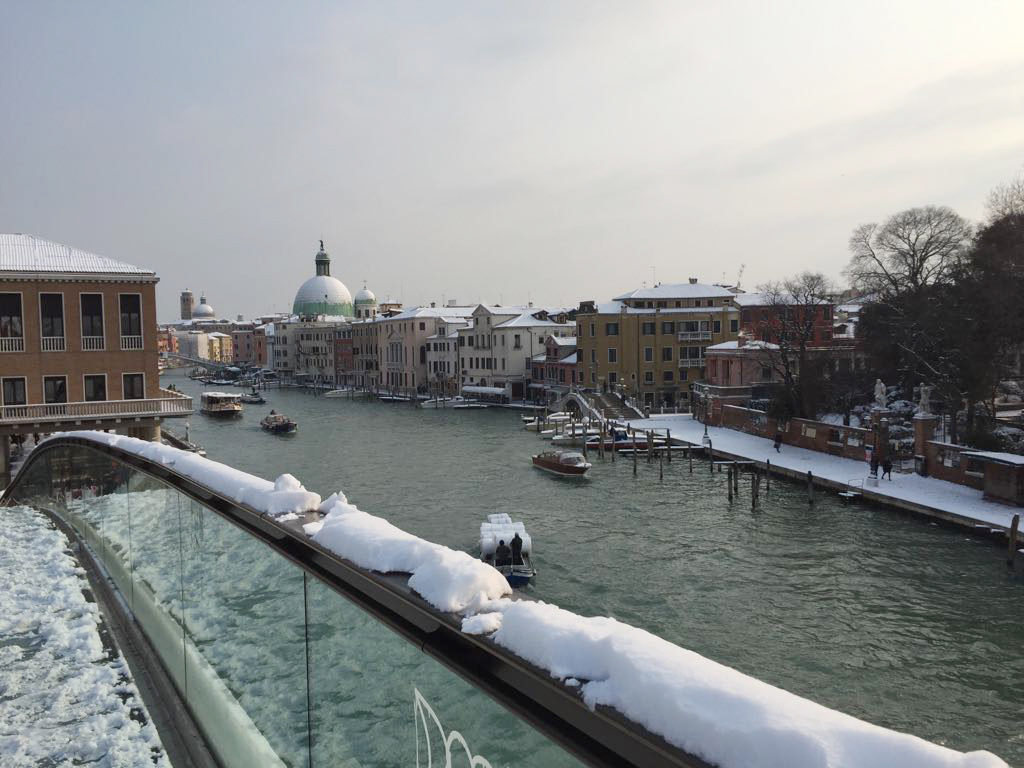 Snow on the Bridge at Piazzale Roma

The Calatrava Bridge connects Piazzale Roma to the Train Station (and beyond). It was opened to the public in 2008 and Venetians have a love/hate relationship with it and the designer. It is officially known as Ponte della Costituzione, but like so many other places in Venice, the Venetians gave it their own name. 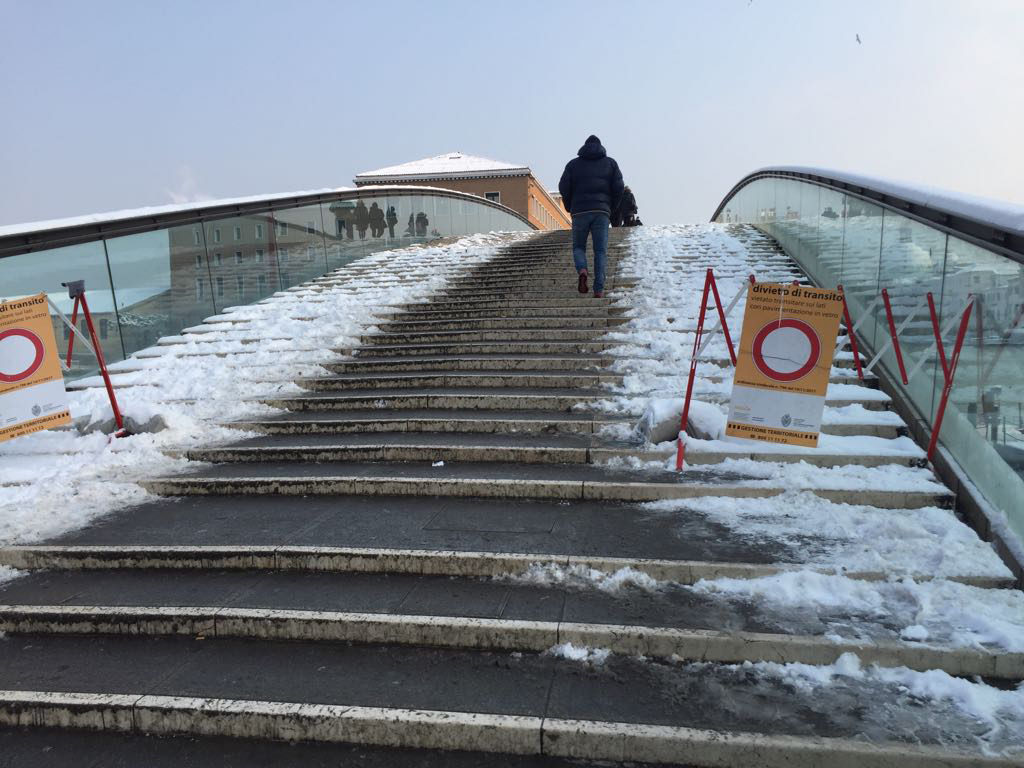 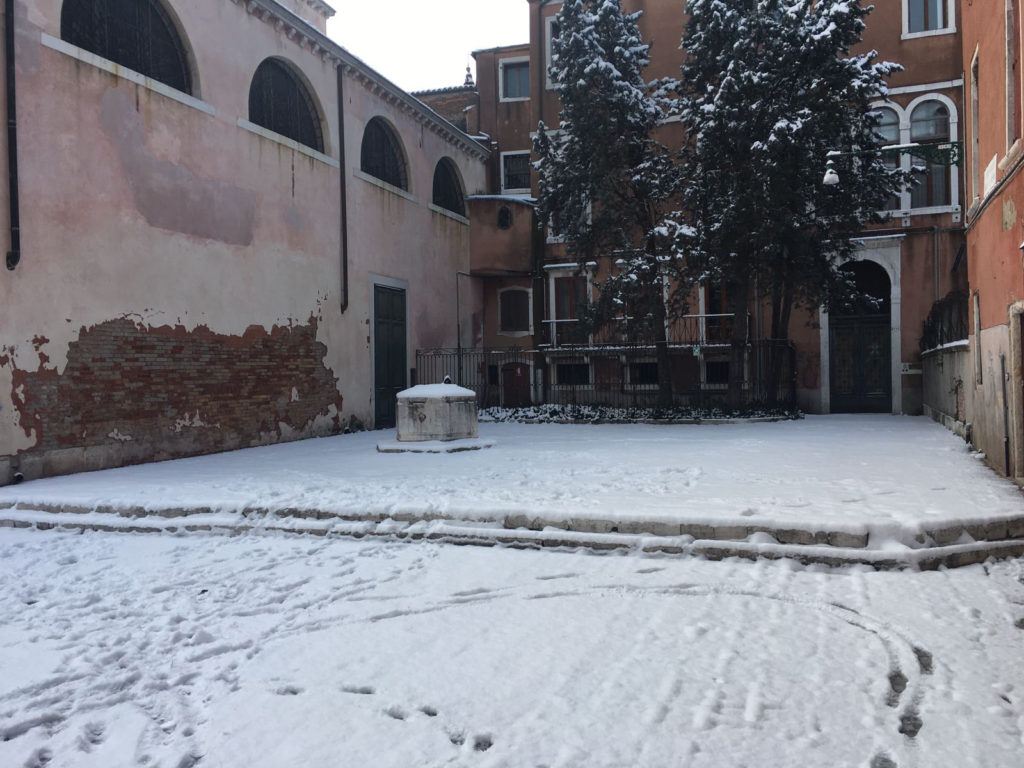 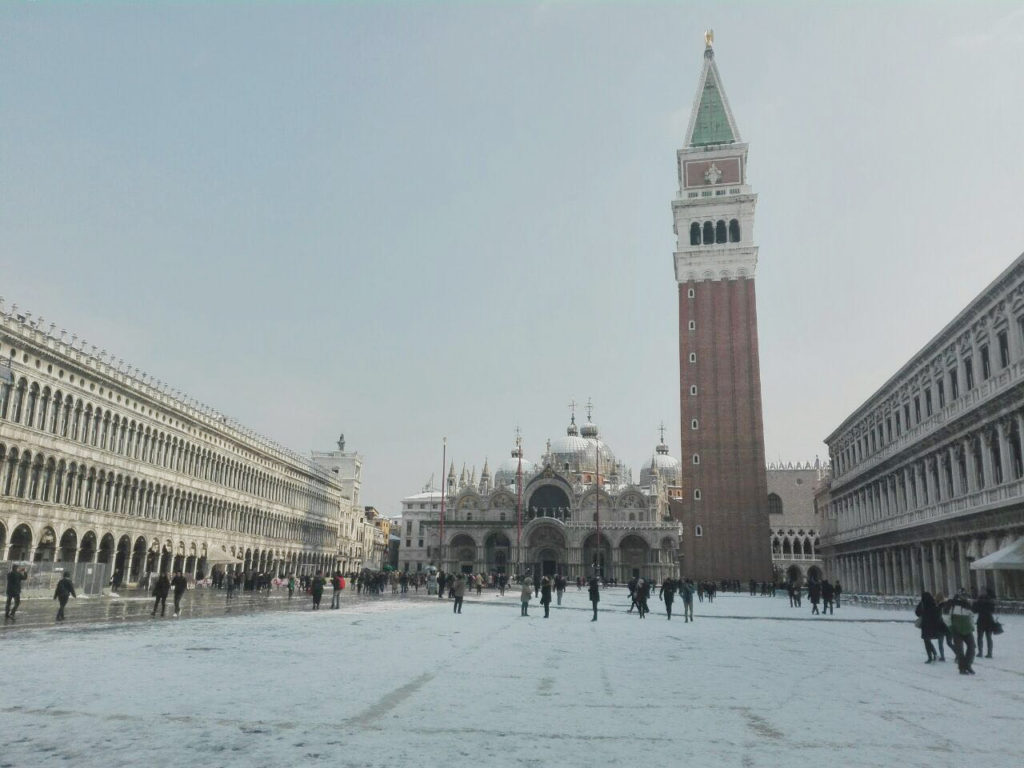 And someone couldn’t resist and made a little Pupazzo di Neve (Snow Man) in the square who by now probably has his own FaceBook page! or Instagram with thousands of followers. 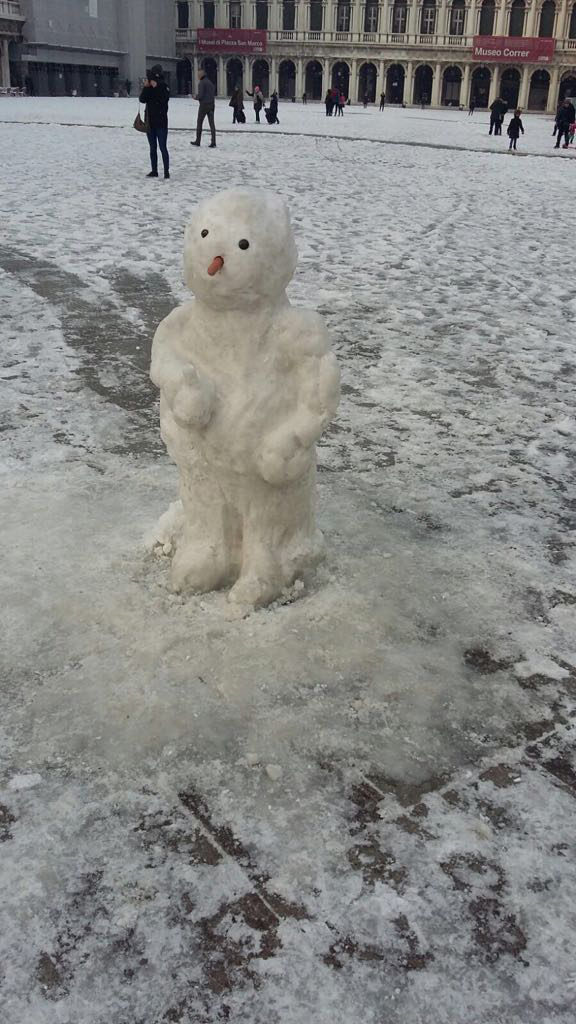 On Murano, there was plenty of snow as well. 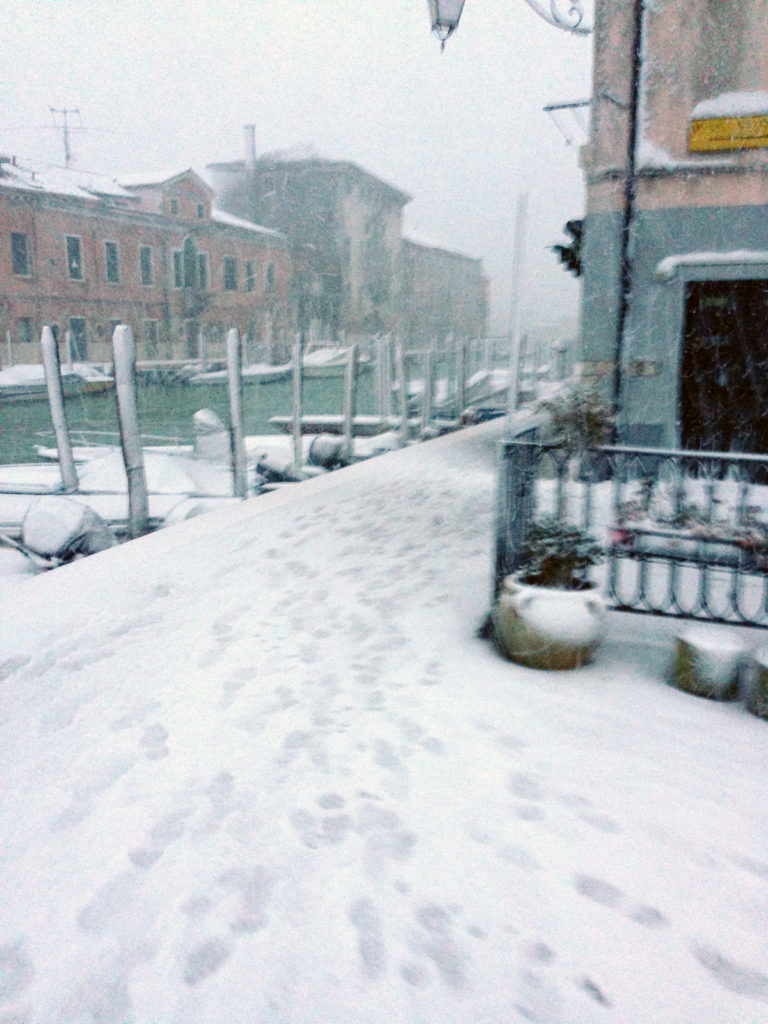 Murano along the Canal

And the chiesa (church) Santa Maria e San Donato in Murano is always one of my favorite and beautiful in any light or season. Today it is incredibly beautiful in the snow. 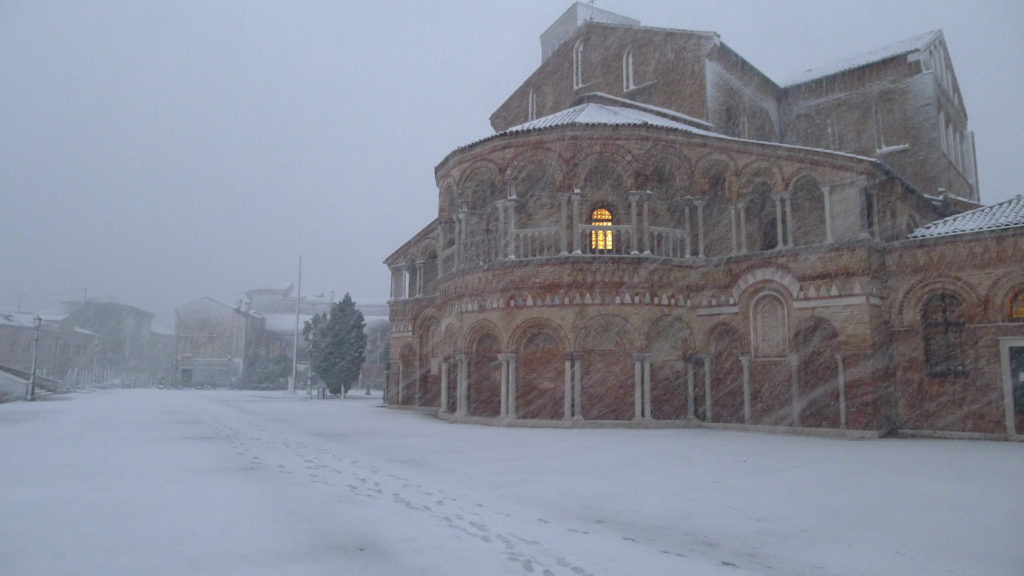 Trudging back through the snow which has now become slush. But there is more expected for Thursday and combined with high water! 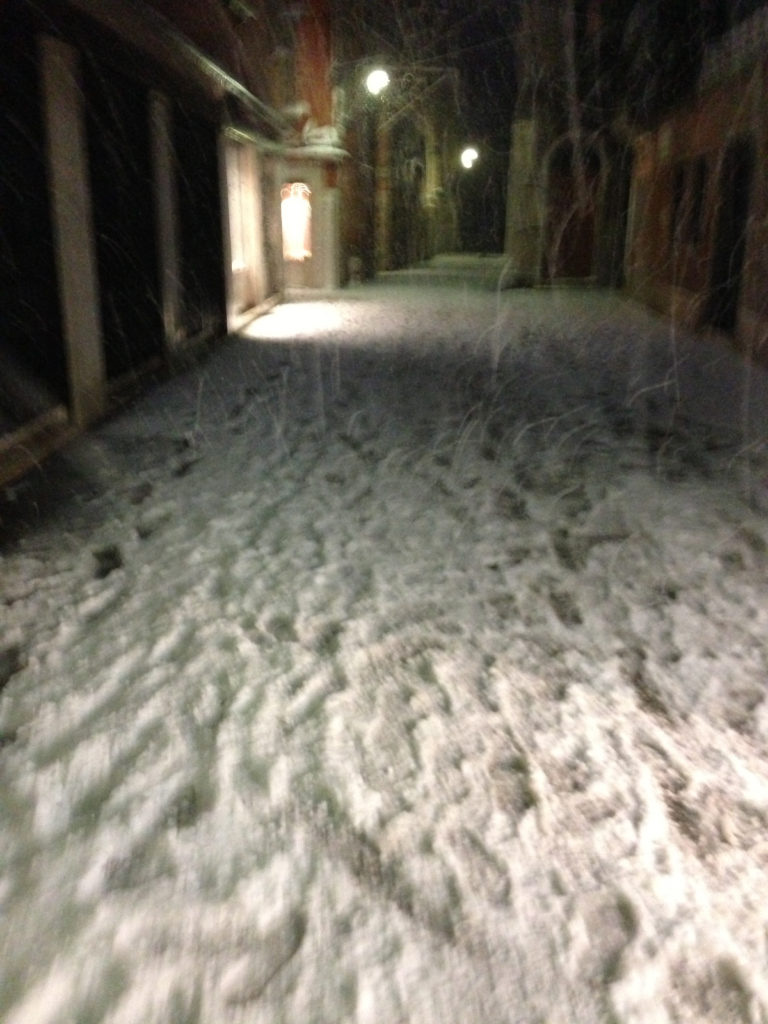 8 comments for “The Magic of Snow in Venice”