Few things delight me more than snow in Venice. But when you can combine snow and high water in the same day. Well it’s my dream. The 13th of January brought both the first high water, acqua alta, and the first snow. The high water started mid morning along with drizzling rain. You can see from the tourist with both umbrellas and walking on the elevated walkways, which appear miraculously and disappear just as quickly thanks to the workers who are very experienced in getting them up in time. These are not put up for tourist alone, rather for all Venetians, especially the older Venetians who need to get to their coffee, mass at church, grocery shopping or bar. Thanks to LaNuova for the videos.

The water at its highest was slightly under 1 Meter (39 inches), but enough to ruin the day for shop keepers in San Marco and I am sure for many tourist who felt they couldn’t see Venice properly. See the orange boots in the video, they are sold by every vendor as rather “disposable” stiavali (boots) for tourist and are worth every Euro you pay. High water in Venice, though not rare as it occurs roughly 150+ days each year now, is still rare experience for the average tourist and lasting only about 3 hours, it should not keep you from anywhere you need to go, especially with your stiavali

But then it began to snow! It began only after sunset and by 10pm it had stopped. Enjoy the pictures, provided by the family of one of our bead makers. Her brother is a gondolieri, giving him a first hand view of the elements as he is out in his gondola every day, rain, high water, or snow. 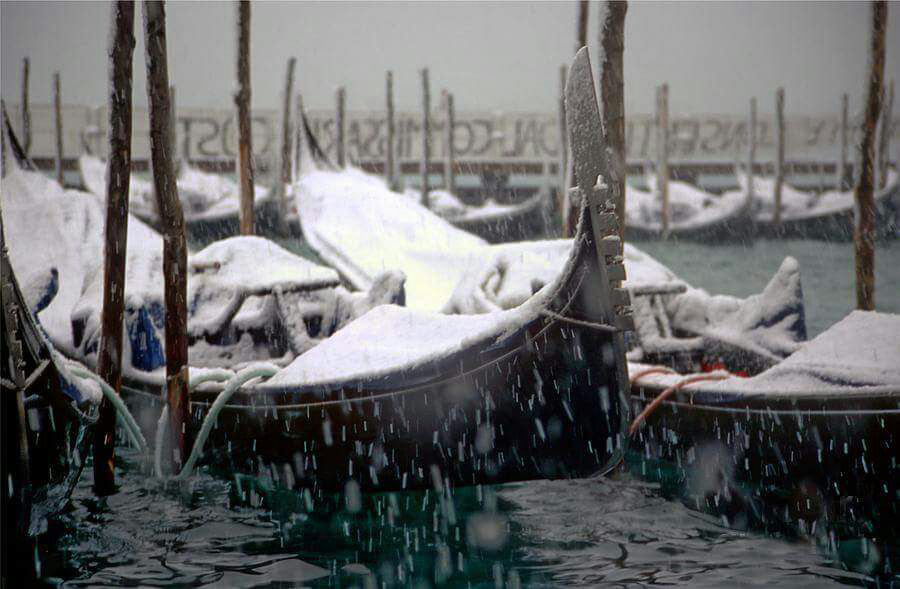 The snow stuck because it has been extremely dry and cold in Venice. Usually we get flurries which disappear as they hit the streets. 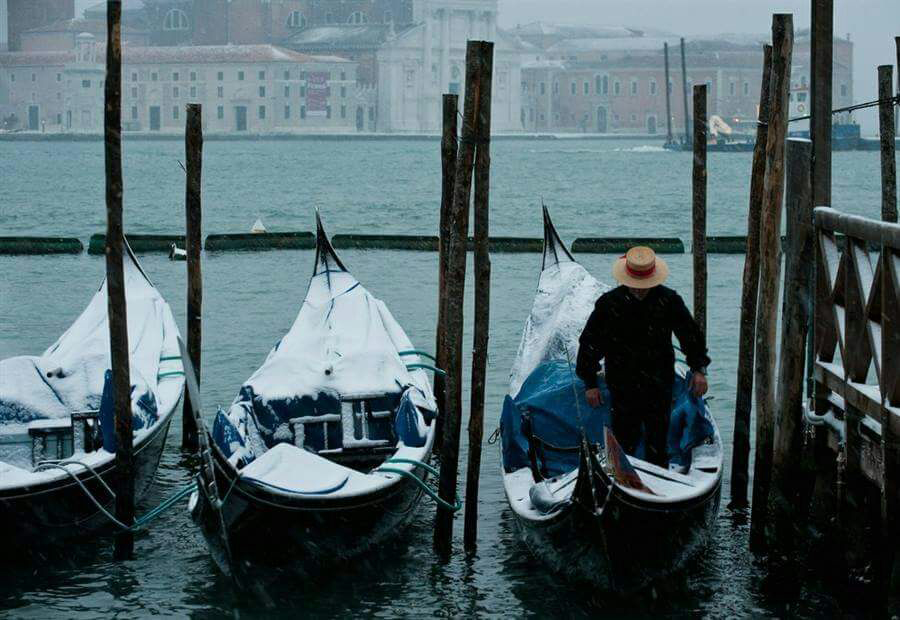 The Gondolieri works year ’round through heat, rain, snow!

Thanks Jacopo for braving the trip to San Marco at 10pm to make this one for us. The snow is slowly being trodden down and in the mist is disappearing. And there’s only a few hardy souls out walking. 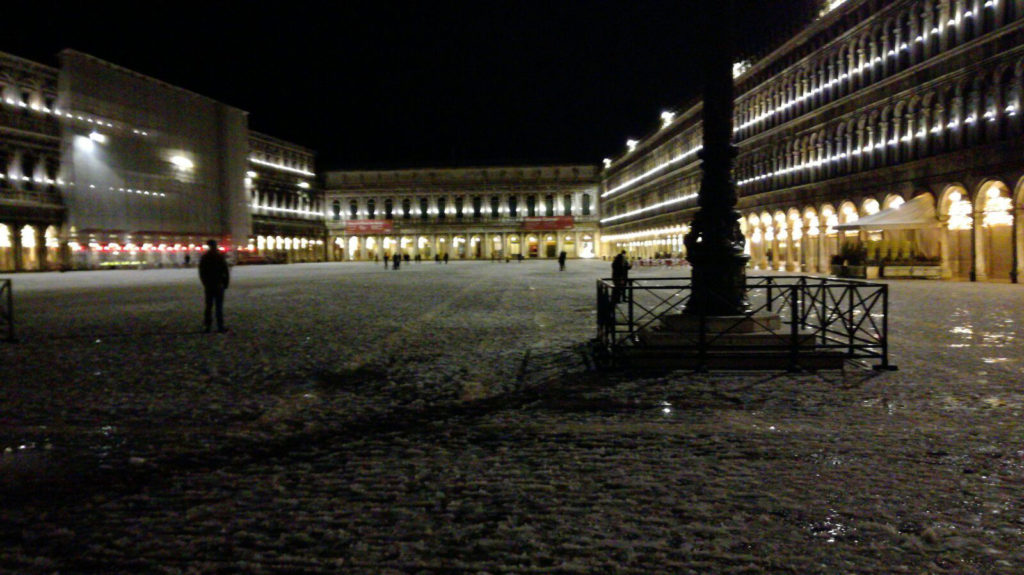 San Marco about 10 pm. The snow is slowly disappearing.

And thanks to LaNuova for the following video on the snow in San Marco on January 13th 2017. For the tourist who were there, they have something to talk about when they get home. For the locals, they stayed in!

Enjoy this little vignette of Venice.