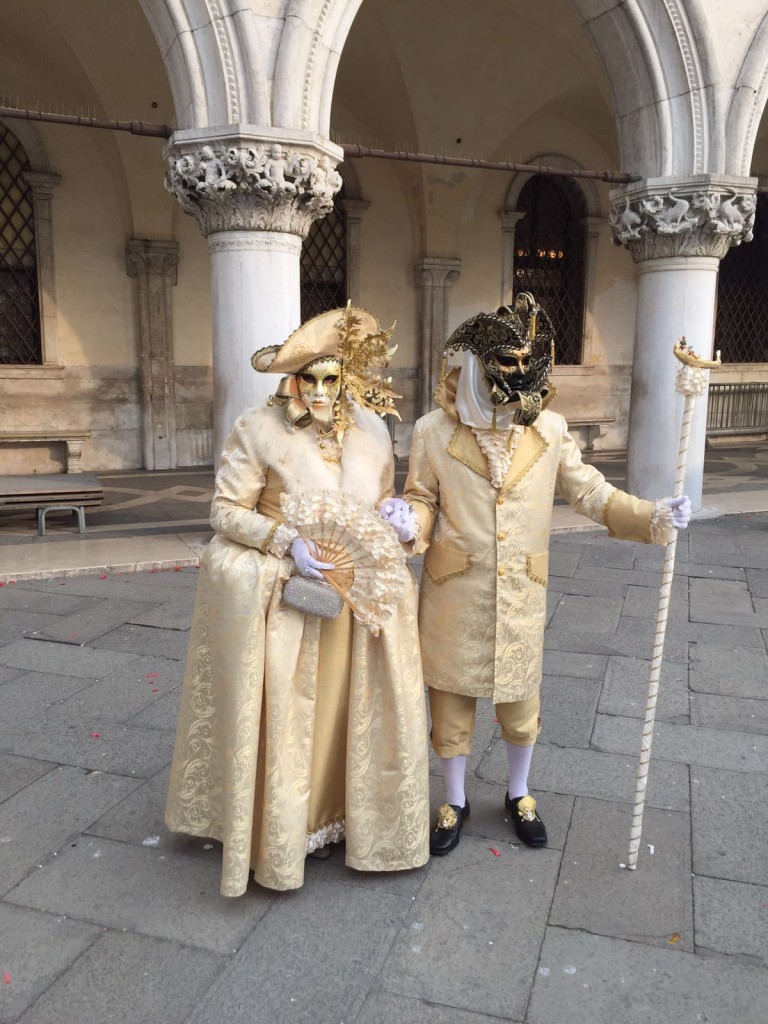 Carnevale Venezia officially begins in Venice on the 23rd of January and ends on 9 February, known also as Fat Tuesday, Mardi Gras or Shrove Tuesday.

Enjoy the official version by Carnival of Venice and then some clips from us.

About 12,000 people and 100 boats opened the festival on a cold but clear night in Venice. This parade, all boats, with fantasy figures, singing and music takes places in the Rio di Cannaregio. For those of you familiar with Venice, it’s is the way the vaporetto goes to Fondamenta Nove and Murano, the first left when you leave the station. For you fun, here are a couple of short portions of the parade. In this first one you see the boats coming under the Ponte delle Guglie.

The theme for this year is Creation Arts and Tradition and this will be reflected in the stages of San Marco. But for tonight it is all about the floating parade.

The finale of the floats include the “Doge” in the Bucintoro with its rowers. Note that most of the boats are powered by men rowing. 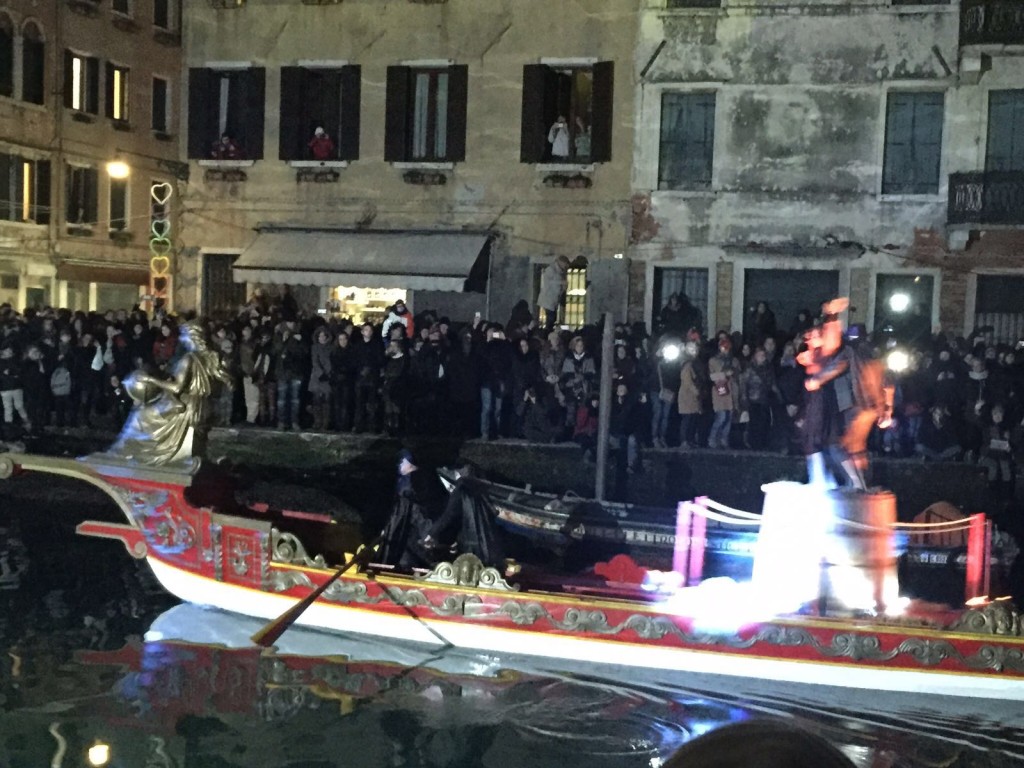 The floats end with the Pantegana, a large rat and a beautiful hot air balloon with the image of San Marco.

Along the way there’s singing, bicycles on boats, jugglers and lots of fun.

The theater and stages are complete and awaiting the crowds that will arrive for the next weekend when the festival is really underway. 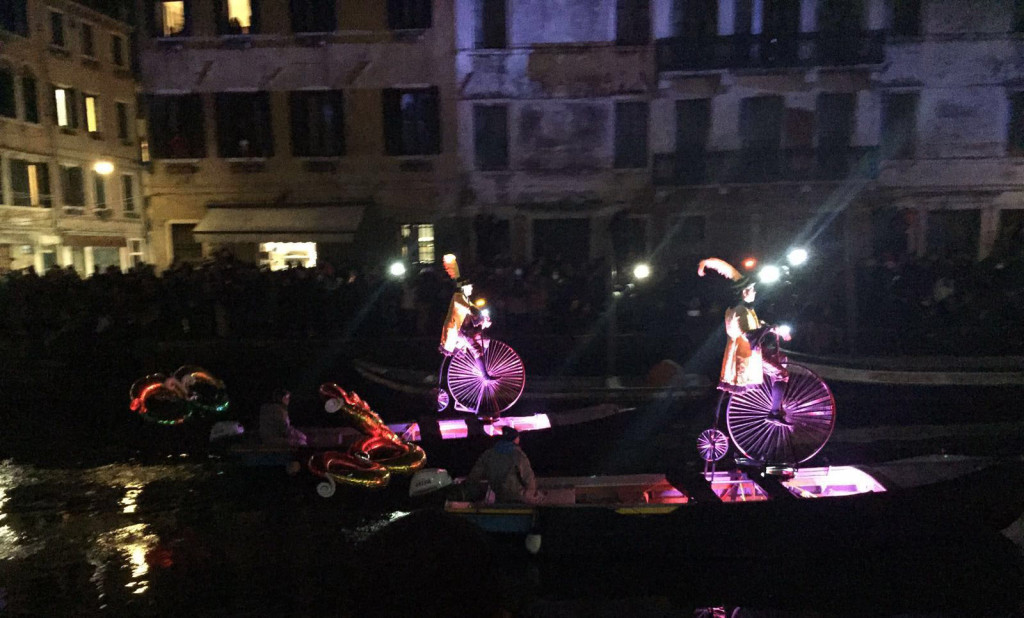 Tricycles on a Boat?

2 comments for “Venice Carnevale Begins with a Parade”