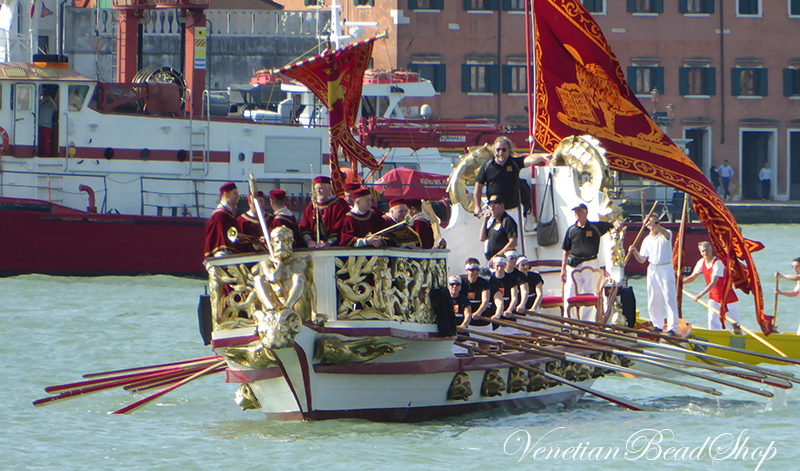 The Feast of Ascension – Bucintoro

The Feast of the Ascension is historic Venetian event celebrating the Serenissima (The Most Serene Republic of Venice) relationship with sea.

It commemorates two very important events for the Republic,

From that day forward, the Doge would sail on his state barge the “Bucintoro” a gilt-edged boat from the basin of San Marco to the church, San Pietro di Castello, at St. Elena where the Bishop would bless the Doge.

The ceremony ended with the Doge throwing a gold ring into the water.

This festival was reintroduced in 1965 in Venice with a parade of traditional rowing boats. At the head of the parade is the “Serenissima” a golden gilded boat carrying the Mayor and other city dignitaries. It starts at 9:30 but we had to await the arrival of the Priest and other Officials. 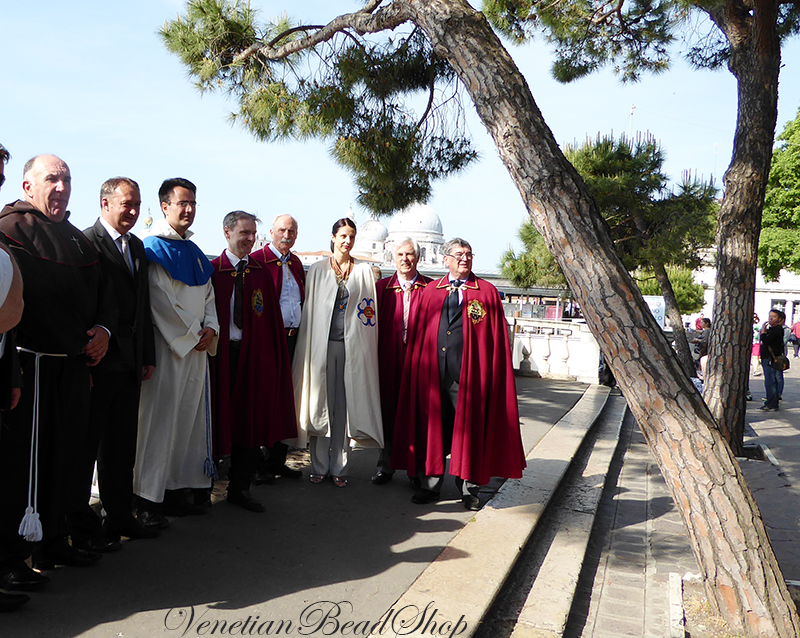 The Bishop arrived by water taxi, and it was safe to begin. Fortunately it was a bright sunny day because local folklore says that if it rains on the Festa, it will rain for the next 60 days. And fortunately the Bishop arrived, otherwise there would be no peace with the Vatican! 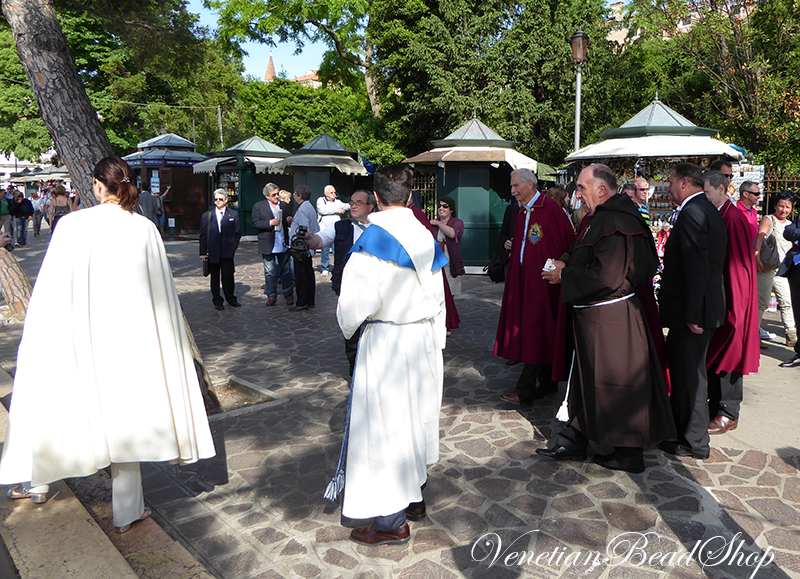 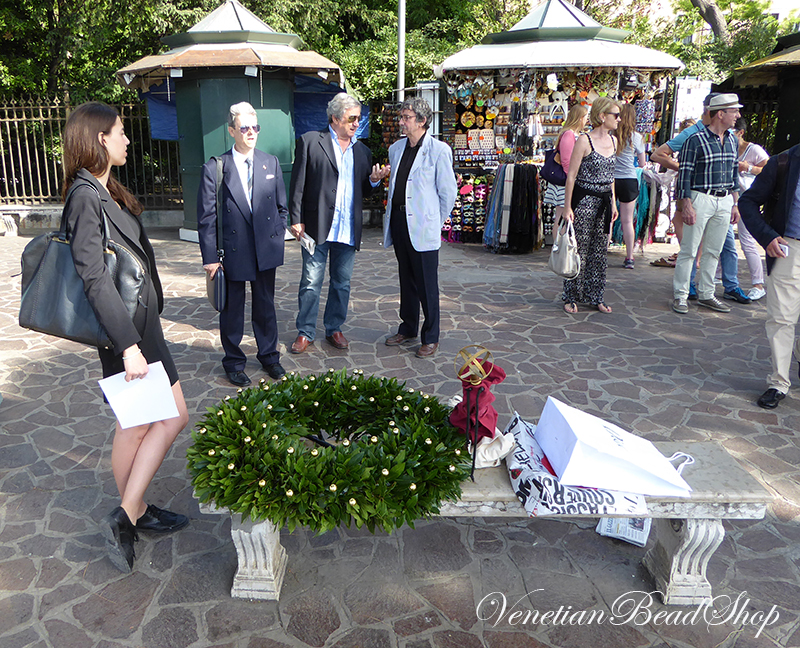 The vaporetti (bus boats) stop for a few minutes and tourist wonder what is happening, worried about making their airplanes and trains. Some walked along without ever looking to the lagoon completely missing this colorful tradition. 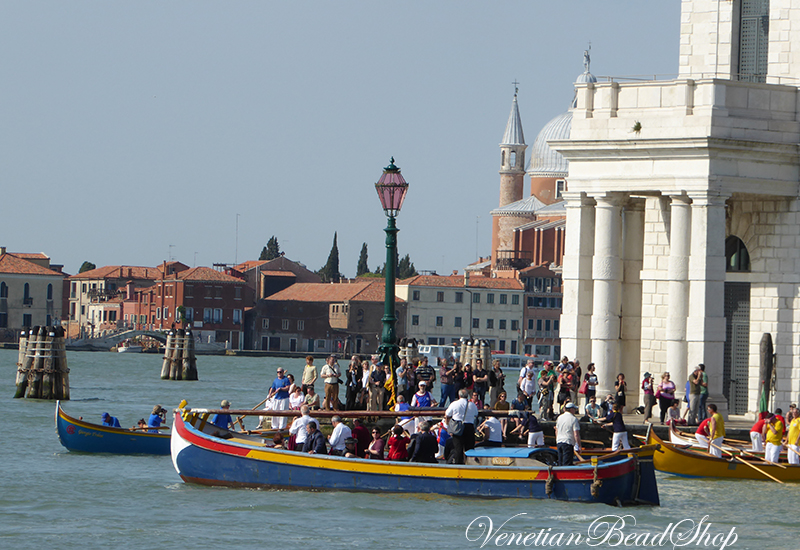 A horn sounds and the national anthem of La Serenissima (Venetian Republic) is played. As a salute all rowers raise their oars straight up, the crowds cheer and off they go, parading along the Riva Shaven and over to Lido.

The ring is dropped near San Nicolo in Lido. And presumably a large sumptuous lunch is held. 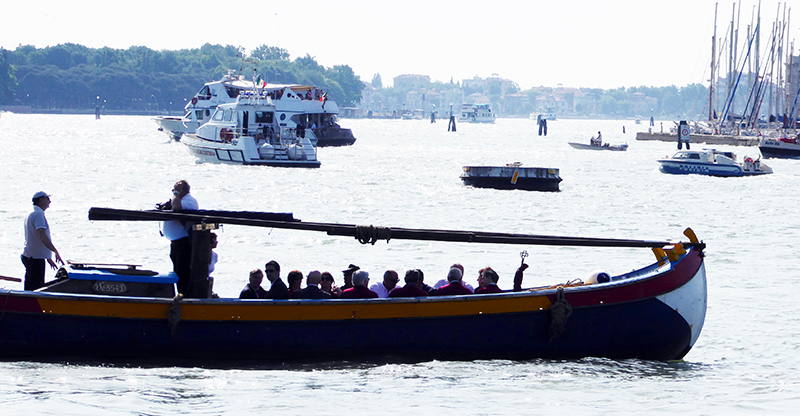 Rowing with the “Doge” are a sundry of other boats. Some politicians were in transport boats, looking more like schiavo (slaves) than important representatives of the Region of Veneto. So here are some other photos. 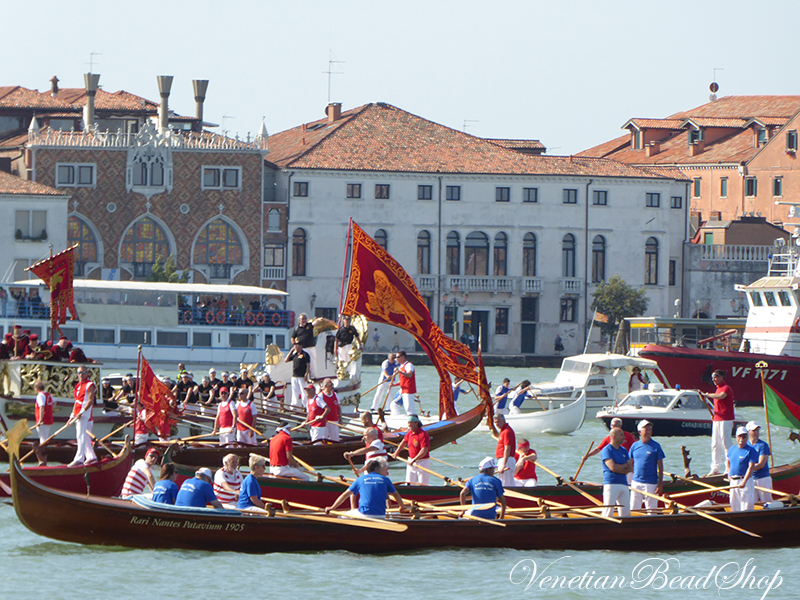 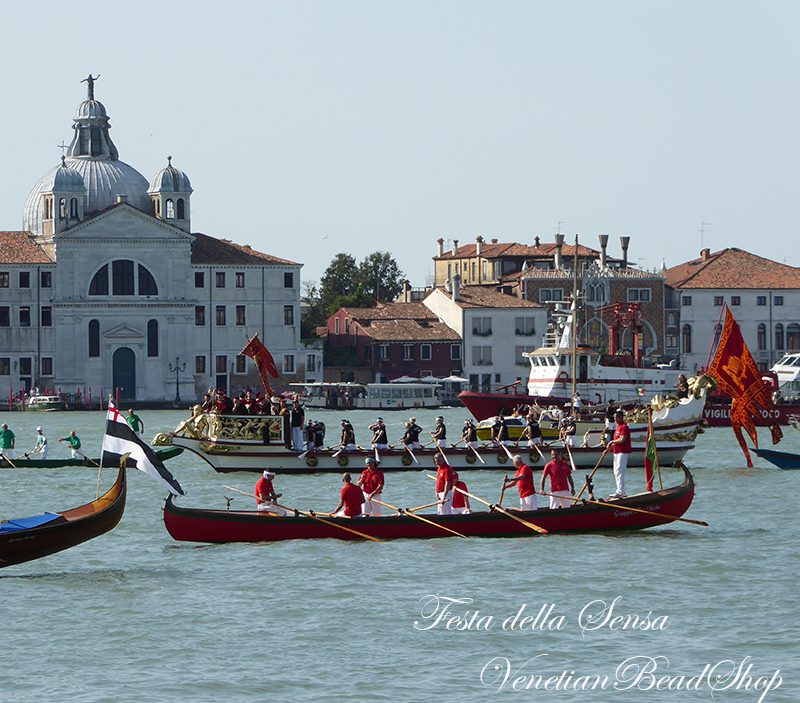 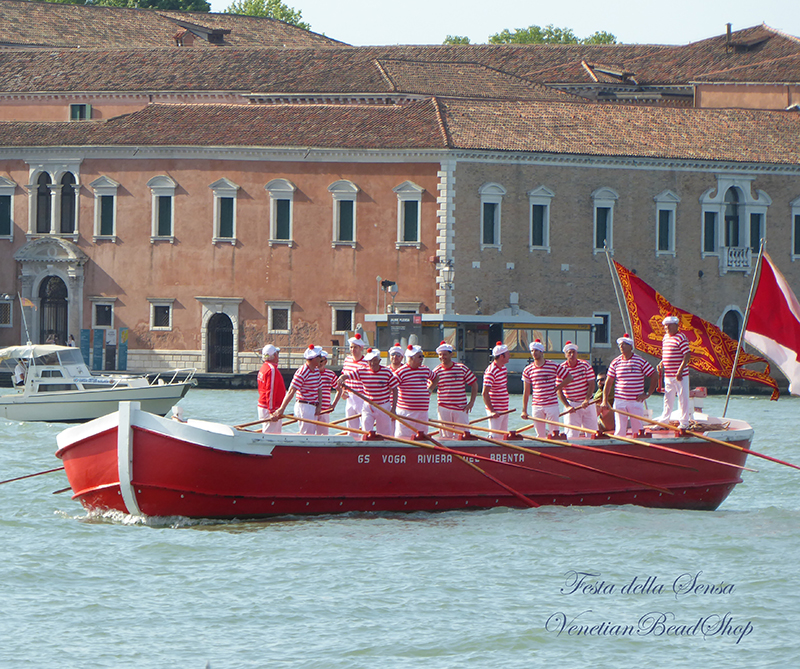 Rowing in the Parade