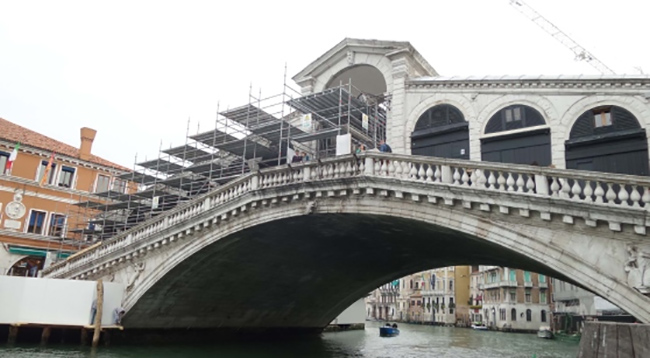 Restoration Work on The Rialto Bridge

This marvelous piece of architecture, an icon for the city of Venice, and most photographed bridge in the world is undergoing it’s umpteenth remodeling/restoration. And this time courtesy of a Veneto company, DIESEL and its CEO Renzo Rosso who has donated €5.5 million through his holding company, Only The Brave. The announcement came a while ago, but the work is beginning and will last approximately 18 months. Rosso was on hand in Venice to kick off the work, which will go on 24 hours a day until finished. And even Vogue took note is his plans. After all the fashion world can’t resist Diesel. 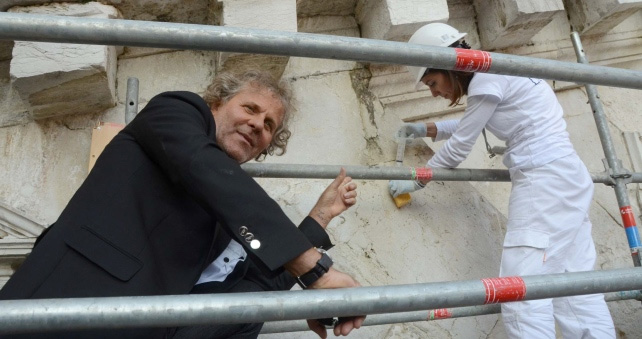 This means what we have all come to expect in the historical places of the world – scaffolding, obstructed views, but let’s face it, all these places are in need constantly of maintenance though they do really destroy our pictures. Something like a heat shrink wrap covering a building during construction or maintenance will at least protect it from weather and provide some fire resistance should the unthinkable happen. So here are a couple of pictures to enjoy while the construction is underway. Fortunately they will work only on one side at the time, so the view coming from San Marco will still be as amazing as ever. 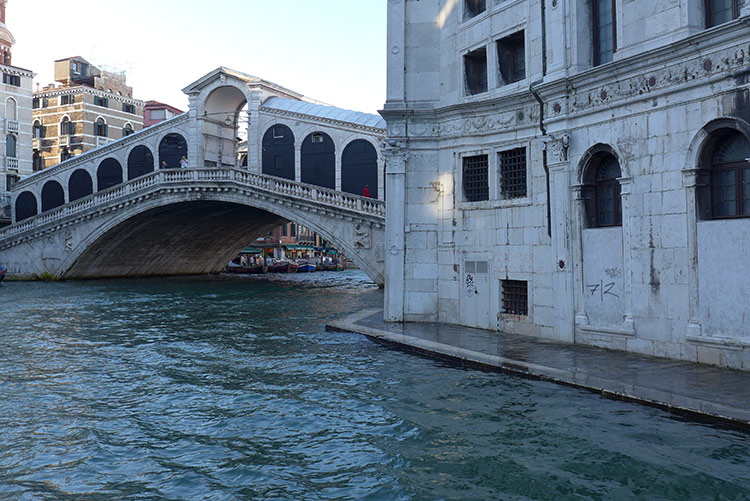 The Rialto Bridge No Construction & No Graffiti taken Oct 2014 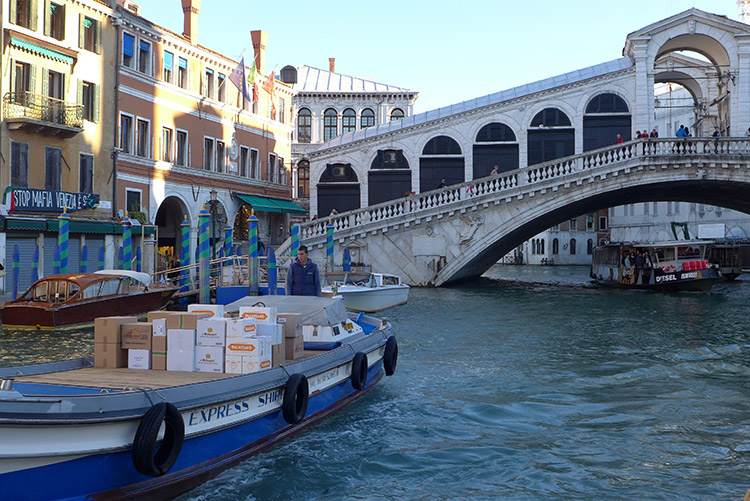 The Venetian budget did not include funds for this work so hats off to Rosso who in his own words: “There is no city in the world that is more beautiful in terms of architecture – and it’s the city of love It’s close to my heart, where I went to university, and a point of reference for me.” His home is in Bassano del Grappa, a short distance from Venice. 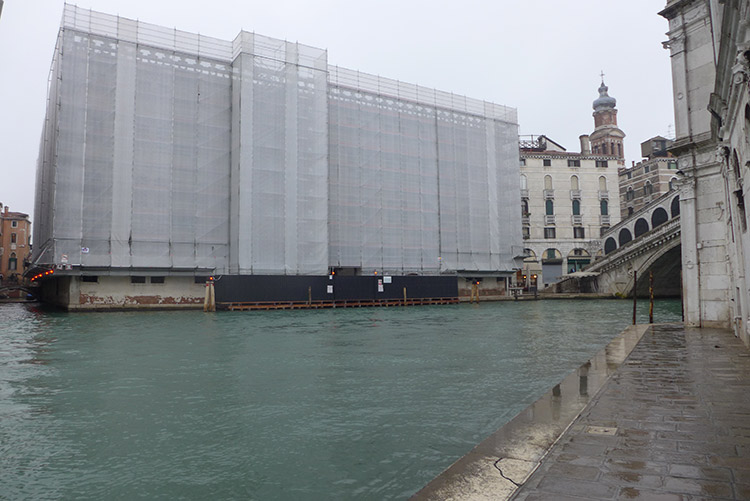 The Grand Canal at the Rialto Bridge was already a construction zone with Benetton, whose headquarters is also in the Veneto, in process of converting the former Italian Poste to a multi-story department store. The palazzo is known as Fondaco dei Tedeschi and was home to the German traders who were allowed to trade, but were confined at night to this palace. It too had been remodeled ever century or so.

Bridges are masculine in Italiano, Il Ponte di Rialto but in my mind this bridge is a definite Lady! From the beginning of the settlement at the Rialto (which meant high ground) there was need to get from island to marshy island and in 1181, Nicol Barattieri created a pontoon bridge which was called Ponte della Moneta.

As the Rialto market increased in importance, the floating bridge was replaced by a wooden bridge in 1255 which featured a moveable section so boats could get through to the market as well as to the palaces of the wealthy merchants. However, this wooden bridge was burned in a unsuccessful coupe by Tiepolo against the reigning Doge Gradenigo. It is said that their plot failed due to treachery, bad planning lack of popular support, and stormy weather, all of which can be found in Venice on any given day, just look at the politicians.

In their retreat to the San Polo sestiere, they torched the wooden Bridge. It was reconstructed again, but it fell under the weight of Venetians watching a parade.

Famous architects from all over Italy submitted plans for the construction of the bridge as we know it, including Palladio, Sansovino & Vignola but the award went to Antonio da Ponte and completed in 1591. So this marvelous bridge a sight to see and to see from has been around since then.

The shops along the Rialto were added in the 15th century with the rent going to the treasury of the city, which helped maintain the bridge, as they still do.

So look for the scaffolding to come down sometime in late 2016??? We’ll keep you posted on the progress.