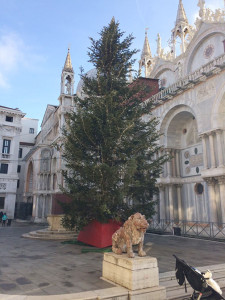 Christmas in Venice revealed the Grinch of Christmas to be the city government of Venice which had threatened everyone that there would be no holiday lighting. There simply was not money in the city coffers for this “luxury”. The merchants along the Rialto spent their own money for lights and even then the city had control on exactly when they would be allowed to turn them on. Likewise the merchants in San Marco Square pooled their efforts and money to be sure this most important place in Venice had some holiday cheer.

From the pictures, you can compare a couple of Christmas scenes and the effect is a bit dreary, and less than suitable for this grand old lady of a city. The picture to the left is this year’s tree by day. And to the right the same tree with it’s lighting. 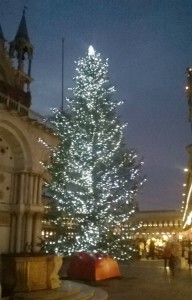 However Saturday’s parade of Santas along the Grand Canal brought some cheer to the city. What’s not to love seeing all these Santas (Bobbo Natale) rowing. 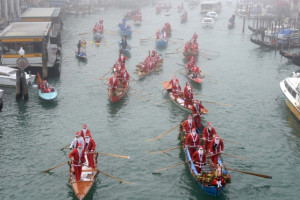 Santas Rowing on the Grand Canal

San Marco with the lights, the tree fully decorated is quite an amazing sight. The little boy’s face in the picture tells it all.

The following pictures are from previous years and the nativity scene which is clearly missing for 2014 decorations above.

I think everyone agrees Venice should be decked out for Christmas. Below the trees are more Santa all over the city as they volunteered with an organization which supports onocology. The pictures are courtesy of NuovaVenezia. 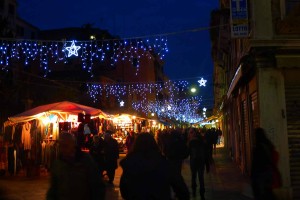 Shopping in Venice at Christmas 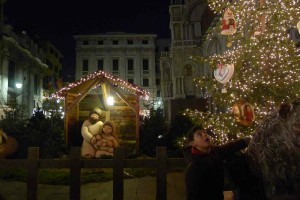 The WOW effect is clear! 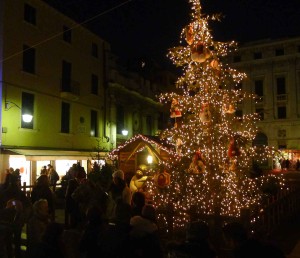 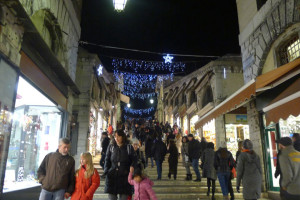 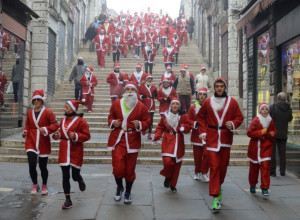 Rialto Santas on the Move 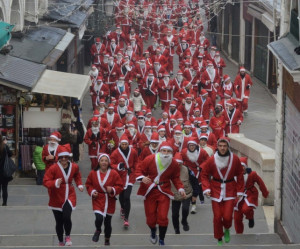 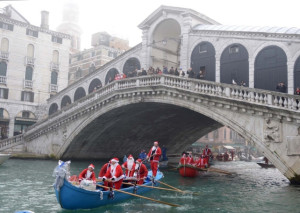 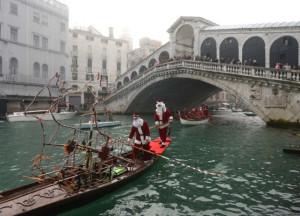 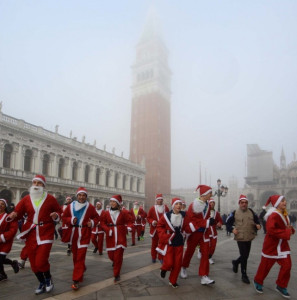 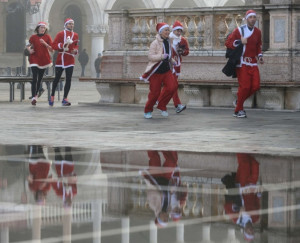