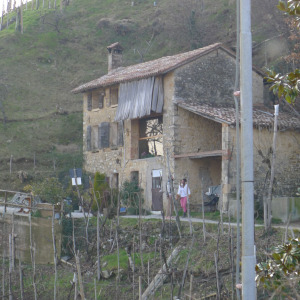 A couple of weeks ago, we revisited the Osteria senza Oste in the beautiful hills of the Prosecco vineyards of Santo Stefano di Valdobbiadene.

Osteria an Overnight Sensation
Well that is we tried to visit. It seems that the publicity of the tax evasion and cry from the public has made the Osteria sensation. The story was featured in Il Gazettino, Nuova Venezia and on TV channels in Italy. The novelty of a “tavern” with no menu, no waiters and only a small box for donations captured everyone’s interest. Cars lined the tiny dirt road up to the winery. The winery has been forced to hired guards to prevent people from blocking entrance in the winery as they try get a glimpse of the Osteria. The guard estimated that some 200 people had visited that Sunday afternoon. 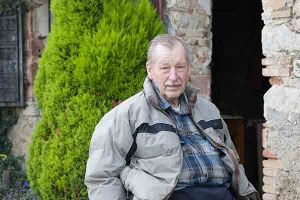 Domitore dei Leoni
Sadly, the Domitore dei Leoni died a few weeks before from complications of his diabetes. For those now arriving, they will be no stories of his travels with the circus throught Europe and even in the US. He was more than willing to talk with us, but despised reporters, so I was careful not to write too much about him. He told me about his son who lived in San Francisco, with whom he spoke maybe once a year. He enjoyed the company of those who came in and helped the owner by keeping tabs on the place.

But the Osteria is a little lonely these days and a bit overwhelmed with the gawkers who just want a glimpse of this place and the man who stands up to the authorities. The Facebook page “L’osteria Senz’oste Non Deve Chiudere” now has more than 8,000 fans and growing. 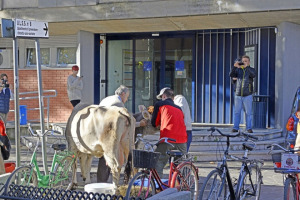 Tax Man is Not a Fan
But as the story continues, Cesare De Stefani, the owner of the Osteria senz’Oste, appeared at the tax office in Montebelluna this week to pay the 1750Euro fine levied by the tax agency, a fine which they imposed as a penalty for not having the proper tax documents to run a “restaurant” and the issue of how much taxes he owes is still up for discussion with estimates. However, he appeared with his cow to pay the fine – even though he feels the value of the cow is worth much more than the fine – but apparently the tax agency has not agreed to accept this payment, so the sage continues.

The tax agency has also levied a fine of 62,000 Euro based on their estimates of tax evasion, a substantial sum for a humble cottage which relied on honesty and goodwill of the people who ate the salami and drank the wine provided.

Even the president of Veneto, Luca Zaia, has commended De Stefani for his helping two prisoners whom he gave jobs, saying “With his decision to help two prisoners to prepare working on a new honest life, Cesare de Stefani has given a sound lesson to the same state (Montebelluno) who only a few months ago wanted to drown him in taxes and penalties for some sausage and a few bottles of wine made available, upon a voluntary payment.”

For more Info, read our prior blog post on the Osteria Senza’Oste

Enjoy some scenes from the Osteria and the beautiful countryside of Santo Stefano, Italy in the heart of the Prosecco region. 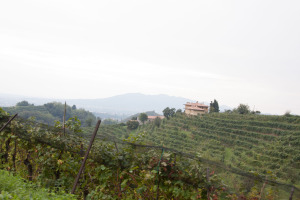 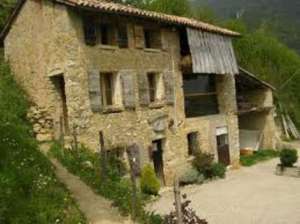 View of the Osteria 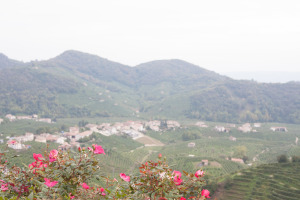 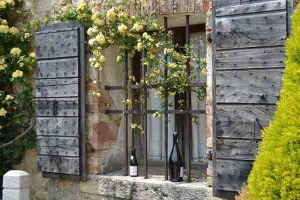 Spring at the Osteria